As a volunteer with Greater California German Shepherd rescue, Zack was my first foster and became what we volunteers call my foster failure. He got along with my cats and dogs, was housebroken and didn't dig or chew so it was an easy decision. I can't imagine how he ended up in a shelter, later to be returned by his first adoption family. Their loss is our gain.

Zack now resides with two humans, a female GSD, an old male shepherd/husky mix, six cats and occasional foster dogs and/or puppies. He has become the play toy for the puppies fostered here and helps them release their energy and biting that would otherwise be released on the humans. He is also a volunteer through the Sacramento SPCA's "Love On Loan" program, which means he provides pet therapy at a convalescence home. I bring him to UC Davis regularly so he can donate blood (see picture) and save other dogs's lives.

Zack has been through many levels of obedience training and is a good student. I use his photo as my identity on Facebook. He has found his forever home and I am ever thankful to the Greater California German Shepherd Rescue for saving great dogs like Zack. 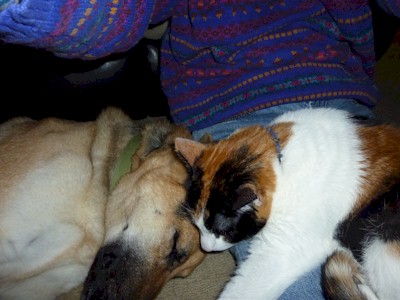 Zack is a good-looking young male about 18 months old, typical black and tan in color. He came into our program as an unclaimed stray from the Modesto pound, so there is no owner information on him.

This is a really nice boy, he's housebroken and has good house manners. He seems to enjoy the company of everyone he has met to this point and he gets along well with other dogs once properly introduced.

Zack knows basic obedience, he'll Sit, Stay, and Come when called. He walks nicely on leash and likes to play fetch. As with all young male German Shepherds, Zack will do well in a home that can give him a consistent daily routine, exercise and challenges to keep him occupied. He likes to be involved with the family and would probably really benefit from having a play buddy around. Zack doesn't seem to be interested in cats but if they ran he would probably think it fun to chase them. 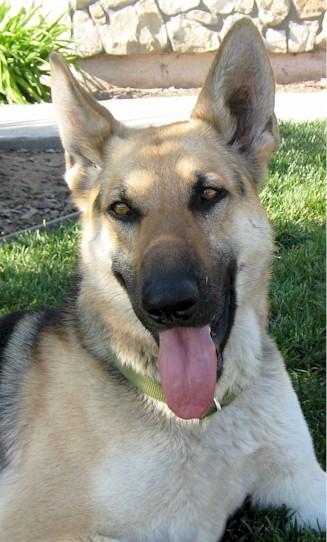