Oly is a two-to-three year old handsome black and red male. He is a big boy weighing in at 80 lbs, and still needing to gain another ten. Oly came to us from a Butte County shelter where he was an unclaimed stray so nothing is known about his background. He has fly strike on his ears, and was very thin and flea ridden when he entered the shelter, so may have been on his own for a little while.

Oly doesn't seem to have much if any training, but he is an amiable guy who wants to do what is expected of him. He currently pulls on the leash, but is quickly learning leash manners. Oly seems to like water, as he likes to splash around in the stream on his walks. He gets along with all of the large male and female dogs in his foster home, and seems to like being part of a pack. He is not quite sure what to make of the outdoor cat at his foster home. He seems more interested in the cat food than the cat itself. A little more time may tell if it looks like Oly could live with a cat or not.

Oly rides nicely in the car, and is learning to sleep in a crate at night. He loves affection, and really wants to be near his people. He is quiet when left in the yard for a few hours, but does not like being shut in an outdoor kennel, and is a little noisy about it.

Oly is looking for a family that will include him in their daily activities, and work with him on his obedience and socialization. 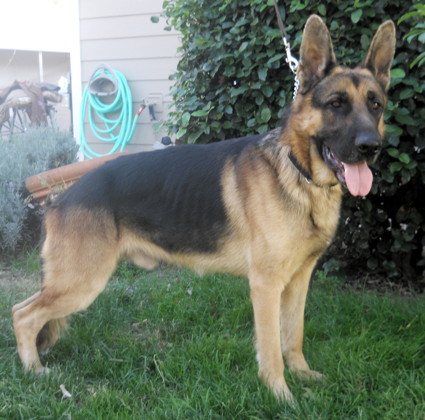 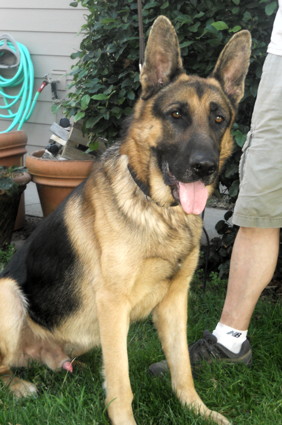 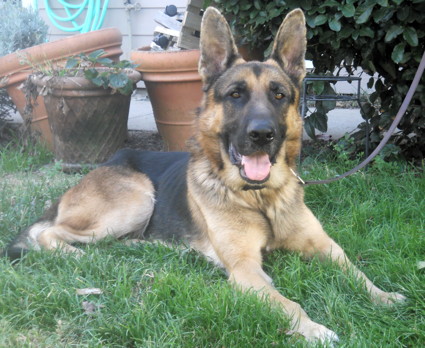