Hello guys,
This is Cynthia and Lance with Dexter. He is doing wonderful and having a great life. He is learning a lot and playing with new friends every weekend at the doggy park. He has been camping with horses and boating too. We have been playing in the snow and just lounging around in the pool.

Here are some pictures for your album too. Thanks again!
Cynthia and Lance.

Dexter in the pool 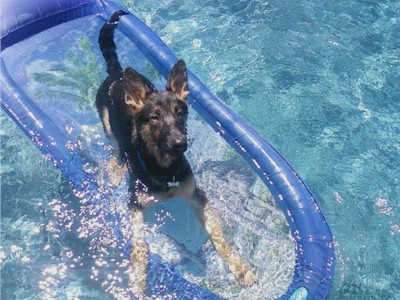 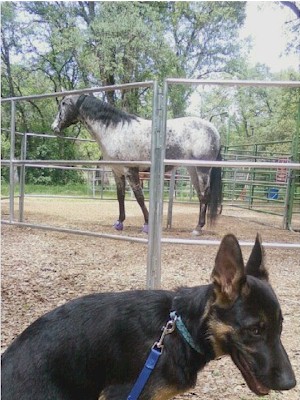 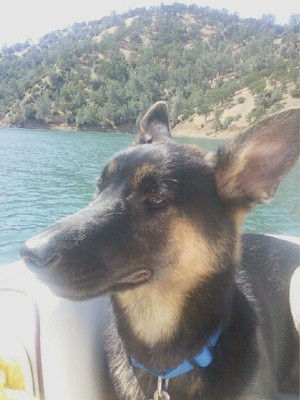 With Candy at Oroville

Playing in the Snow

Magnum and his 5 brothers are Velvet's puppies, found abandoned at around 4 weeks old. These wonderful boys were probably born in mid-January and are about 9 weeks old, and ready to take on the world. Although they are being trained, the boys are not housebroken yet.

Magnum is the smallest of the boys, but makes up for it in personality. He loves to play chase, tug-of-war, and will try to play with the broom while you sweep. He is black and tan with one flop ear. Magnum can be intensely focused on what he wants, and needs a home with firm boundaries. He loves shoes, and has just started the puppy chewing phase.

Magnum is affectionate and actively seeks out his humans for attention. He also likes to join you in the shower, so he may grow into a water dog. He is also friendly with every human and animal he's met so far. 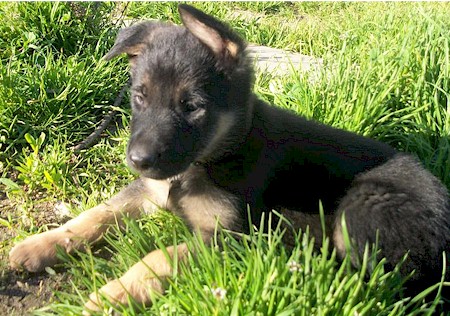