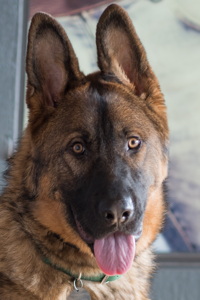 King is an 8.5 month old, handsome, large sable male weighing 71 lbs. He was surrendered by his original owners when they learned he has a dislocated left hip and signs of hip dysplasia on his right hip.

This boy had previously lived with children about 10 years old and up. He is currently living with three German Shepherds and a cat. He is being given pain meds and anti-inflammatory meds and he's feeling much better. He tries to play with some of the other dogs, but is not up to chasing them. Originally an outdoor only dog, King had a few accidents and took a few days to accept the crate at night. He has not had an accident in weeks and willingly goes into the crate and sleeps through the night, as long as he knows his human is in the room too.

King likes to put things in his mouth and loves Nylabones. He waits nicely for his food and is easy to have around. King will shadow his foster mom and snuggle as much as she'll let him. He's found the big dog beds to be very comfortable too. Regular walks with a boot have been beneficial and King likes to go. He's found riding in the car enjoyable, but often needs help getting in.

Due to his bad back end, King has a very noticeable irregular gait. His right foot pivots to help support his left side and this foot will bleed if he's walked for any distance without protection on the right foot. Surgery is likely in King's future. A home who understands how to work with a dog with a bad back end and possible rehabbing if surgery is warranted. Unfortunately, King will never become a high energy, running or long-distance hiking partner. 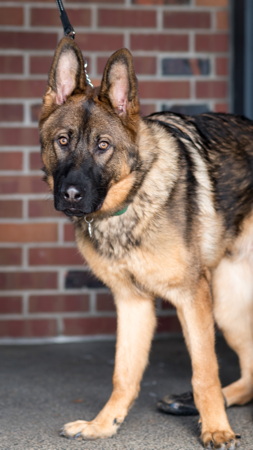 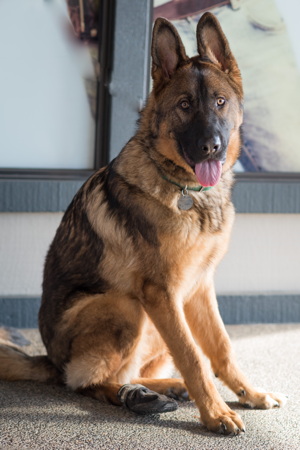