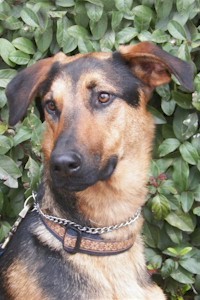 Meet Herman, named for Herman Munster. This boy was pulled from a Modesto area shelter when he was about 4-5 months old by Greater California German Shepherd Rescue. As he grew and matured, he began looking much more like a Doberman Pinscher with a whip-like tail, than a German Shepherd, but we believe he may be a mix.

He had arthroscopic surgery on both elbows to repair elbow dysplasia. The rescue group was able to cover the $3,000 fee for this surgery. Donations are always welcome to help offset this expense.

Herman is now about a year old and still has a lot of puppy energy in him and wants to play with any dog willing to engage him. He does not always understand when the other dog does not want to play, so caution needs to be taken when he's with another dog. He is also easily distracted by flying bugs and will suddenly change directions to chase after those pesky flying things. Once inside, he settles down quickly with a few reminders.

He likes nothing better than to get your attention and for a scratch behind the ear or a treat. He knows all the basic commands, is housebroken, crate trained, rides well in the car, and has lived in a house with dog-savvy cats. Give him a good belly rub and he'll be your best friend forever. 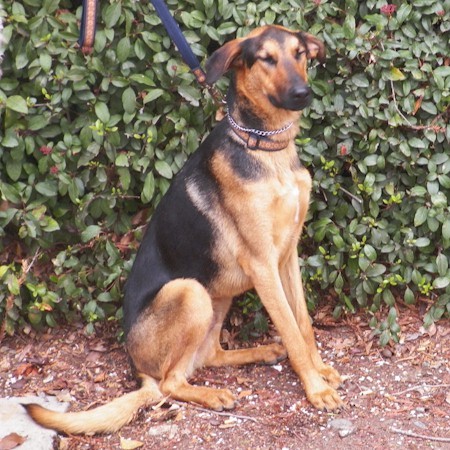 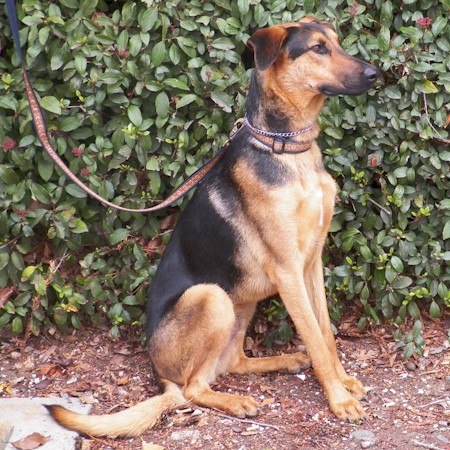 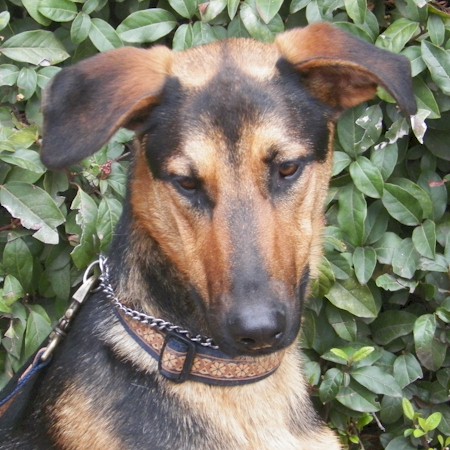 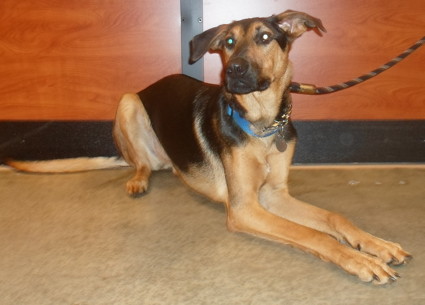 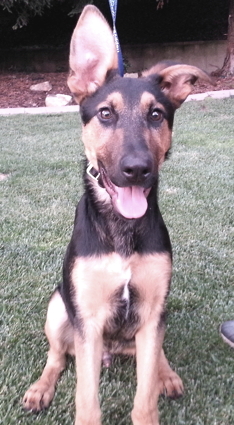 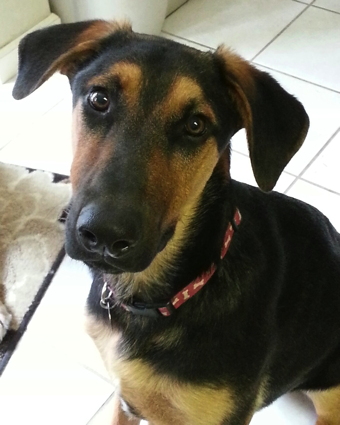 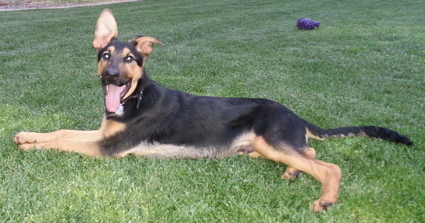 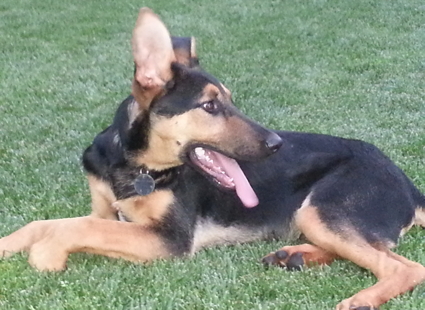 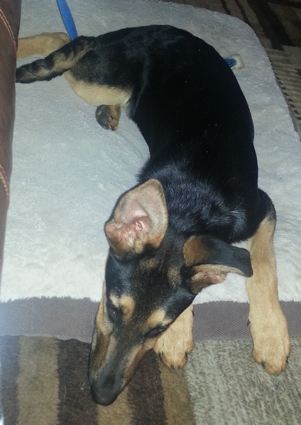 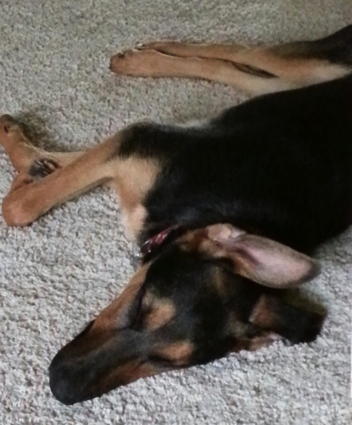