Update 9/5/11
I adopted Teddy one year ago when he was 8 weeks old. Just thought you'd enjoy the picture of him THEN and NOW.  (I can't believe he was ever that small!) He's such a great dog!

Thank you to Greater Calif GSD rescue for matching us up perfectly. He's a good boy, at the studio with Lil Bear, and at home with the bunnies!
Hugs-
Rose

Teddy and his sister Lil Bear 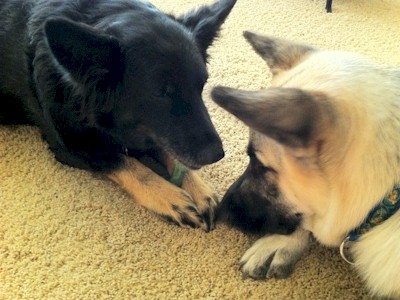 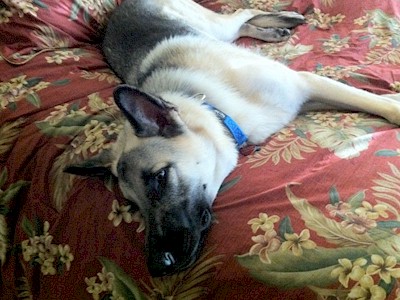 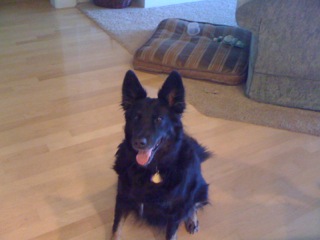 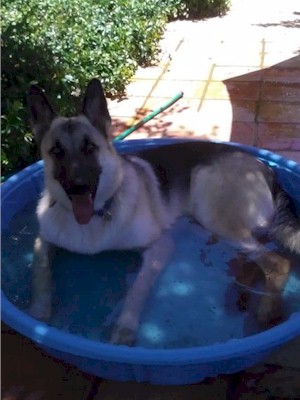 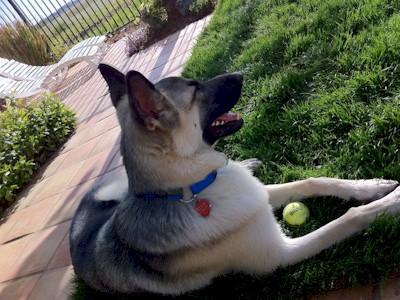 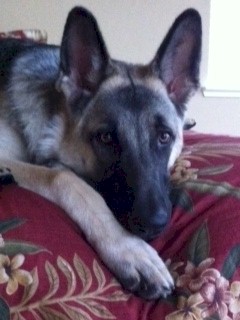 He's such a good boy, a sweetie, and so attentive, yet laid back. He played with one of my staff member's 8 week old Boston Terrier tonight at the studio and he was so gentle with her! (Although her entire head was in his mouth several times)

Thanks for your help and Happy New Year. I'll send you some updated photos!
Rose 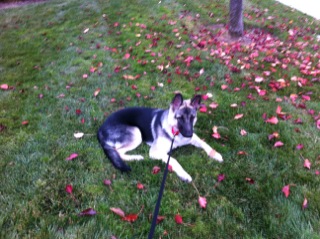 11/22/10
Teddy is such a great dog, so smart and handsome, and everyone at the studio is in love with him!
Rose 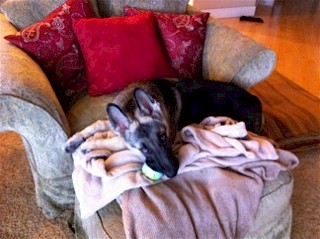 9/9/10
Harley and I are settling in and are already completely in love! His big sister Lil Bear is setting a good example and he's a quick learner. Thank you for matching us up!
Rose

Born on 7/8/10, these cuties will be 8 weeks 2 days old on Saturday, September 4th, where they will debut at Modesto Adoption Day. Their pregnant mother and probable father were taken in by some good samaritans when found wandering loose. The original owners couldn't be found, so the male German Shepherd was rehomed, and the mother with her puppies came to us when the puppies were 10 days old. They appear to be purebred German Shepherds. These are our preliminary ratings, but they may change as the puppies mature.

Harley, one of the bigger males, is super mellow, low energy, wants to be with someone all the time, and pouts when left alone.

He wants a home where he'll be with someone all the time! 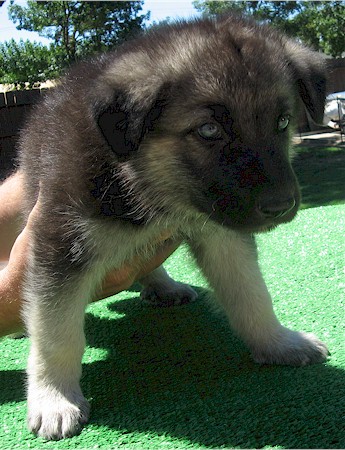 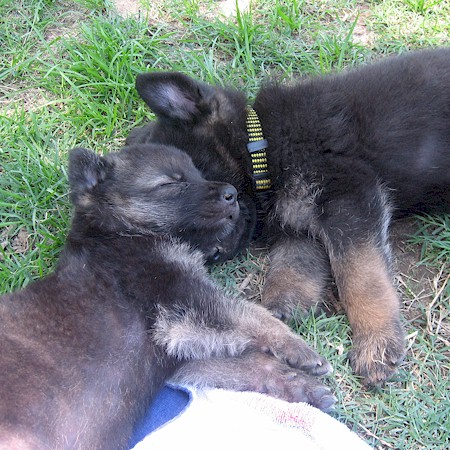 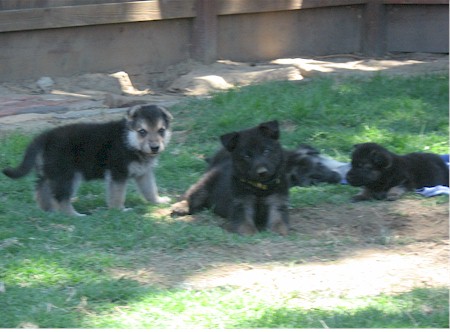 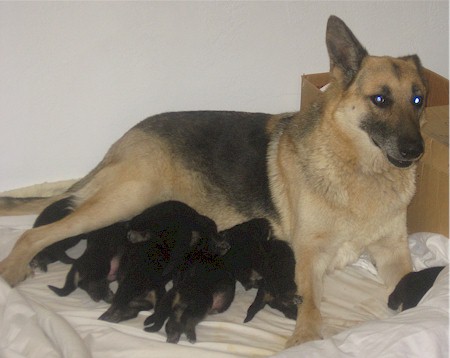