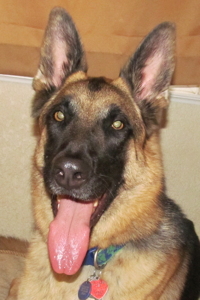 Chip is a handsome 2 1/2 year old male. He was originally rescued as a puppy with a huge wound on his side. He was fixed up and adopted to a wonderful family. Unfortunately, their landlord changed the rules of the ranch and won't allow him any longer.

Chip is a lovable guy but is a little nervous in new situations and with new people and dogs. He has great house-manners other than thinking he gets to sleep on the beds. He loves kids and other large dogs. He chases cats, small dogs, and other critters and we are not sure what his intentions are if he were to catch one. He walks great on leash. He is housebroken and crate trained. 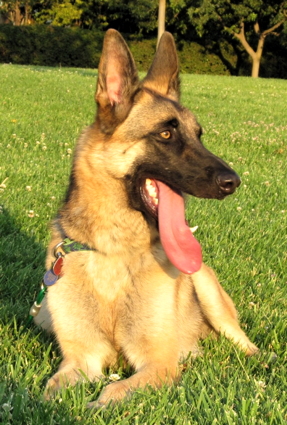 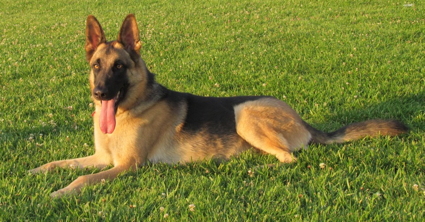 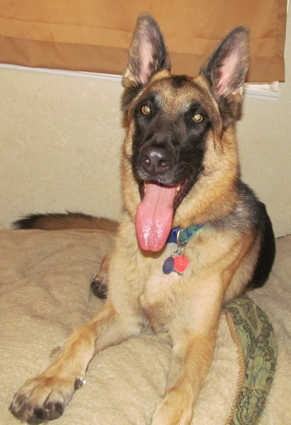 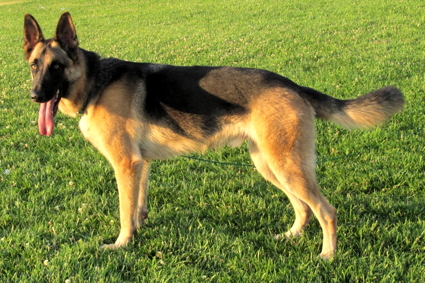 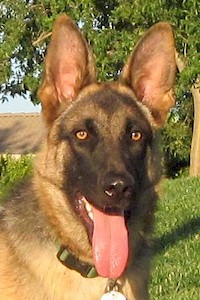 Chip is a 9 month old pup that came to us after his owners couldn't afford an expensive vet bill to repair a ghastly wound on his side. After 3 surgeries, he has healed up nicely and just needs a little fur to grow back in.

Chip is a little shy and easily intimidated, so he'll need a home that can commit to doing lots of socialization to get him caught up. He needs exposure to new places, noises, and people. He's very sweet and willing to please. He plays well with the other dogs but needs some lessons on playing with toys. He has no clue how to chase a ball. He seems to have very little prey drive so he'll probably do fine with cats with a few lessons on teaching him that they are not puppies that want to play.

He still has those big puppy feet and the cute puppy prance everywhere he goes. He sits for his dinner but that's about it so far. He's the typical goofy pup that needs lots of love with lots of supervision and training. He is crate trained. He's still working on housetraining and learning house rules, so when left unsupervised he's outside or crated. So far he does fine with dominant dogs and would love a home with another dog as a playmate.

Warning - the bottom pictures are graphic.

We received a call in the middle of July about a 8 month old pup that had been surrendered to a Merced vet for euthanasia by his owner. Could we come meet him and see if we could help? Our volunteer checked him out and found a shy but friendly pup with a large, ghastly wound on his side. He was missing skin on a spot about 12"x8" due to an unknown accident, the story was that he got tangled up in a barbed wire fence, but the vet felt it was a chemical burn. We quickly agreed to help him, and the vet performed the first surgery to remove the dead flesh and clean the wound.

The vet suggested giving him two weeks on antibiotics to make sure the old flesh was all removed and to see what further surgeries would be necessary. We named him Chip. He required constant crating and a head cone to keep the wound clean. Being a youngster, he had a tough time adjusting to the crate, but he soon learned the routine of potty breaks and supervised exercise. He doesn't have much in the way of leash training or even how to play with toys, so he is learning some of that during his stay in the foster home.

July 25 - Chip has settled in nicely, The vet is pleased with how clean the wound looked, but says he'll need at least one more surgery, maybe two. He been on short walks to investigate the neighborhood and is still a little leery of new things. He wants to play with the other dogs, but is restricted from that kind of play. He loves attention and will even leave his food bowl for a head pat.

August 1 - He had his 2nd surgery today to pull the skin together. Small incisions were made along his side to allow the skin to stretch and cover the wound. He now wears a t-shirt to keep the wound clean and he prefers it much better than the "cone of shame." The vet may have to do a 3rd surgery to repair any areas that don't heal or that pull apart. Let's hope that doesn't happen. What a sweet boy Chip is! He allows the t-shirt to be taken on and off without a fight, and goes into his crate each time with a little help of a treat reward. His personality is really shining through all this.

As you can see, Chip will cost much more than our usual rescued dogs. Any donation you can make to the Rainbow Fund will help cover these costs. If you would like to make a monthly donation, sponsorship for Chip is available. We often have the opportunity to help dogs with expensive medical conditions, and donations to the Rainbow Fund help us save them. 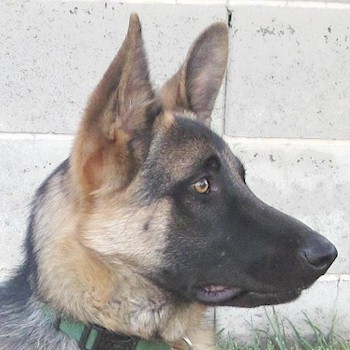 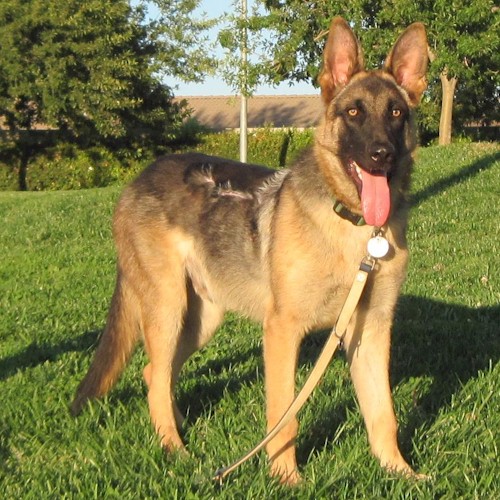 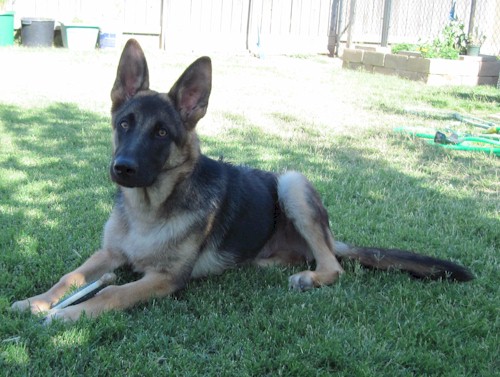 On the way to healing: 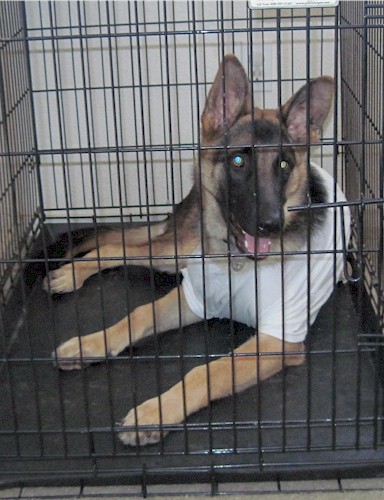 Pictures of his wound: 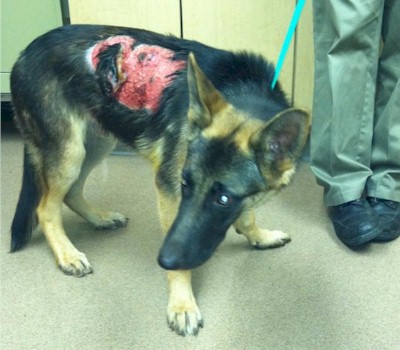