We finalized Blanca's adoption 2 years ago September, when she was 3 or 4 years old. We made Sept 12 her 5th birthday.

She got a cake made from ground beef and peanut butter topped with parmesan cheese and salmon treats. She also got a new toy and a ham bone. Blanca sat and waited for about a minute while we took pictures. Very well disciplined.

Two whole years. I remember Jody came to do the home visit. I'm guessing we were not ideal adopters with basically no experience. Stan described Blanca as "Level 2 . . . barely" which got us approved. She lived up to that low level 2 except for a great deal of talent escaping from her crate. Problem solved when we upgraded to the airline crate. I think Blanca walked around with her tail between her legs for at least two months. She barked twice in 6 months. We would walk by a squirrel or a cat and she wouldn't even look at it. Forget balls or toys. She had digestive issues following bouts of Giardia, Coccidia, and then B-12 deficiency. We also found her to be allergic to chicken. Then we had the ear infection, hematoma, surgery, and the cone of shame.

It's amazing what a few months of settling in plus resolving medical issues can do. It was like one day, Blanca woke up and decided she had no reason to be scared anymore. Her whole demeanor changed. She became quite a terror for her inexperienced people. She stole food off the counter. She got in the trash. She got pushy for attention. She started bossing around other dogs. She started pulling on her leash. She started chasing squirrels. Then, Biggs taught her to bark again. Blanca went from barking twice in 6 months to a nuisance within days. She still tests her bark collar every time she wears it.

Most of these problems have been solved or minimized for a while now. We still have problems with Blanca meeting some dogs while on leash. The issue is especially pronounced with large males. Maybe it's because she's used to bossing Biggs around, I don't know. There is one 125-pound Rottweiler in the neighborhood that hides behind his owner when Blanca walks by. And the big black lab that makes as big an arc as his leash will allow. I'm still bad about letting her jump up and give me a hug when I get home from work. All in all, it's been a pretty good two years for us and Blanca.

I guess we were happy enough to come back for another one. (Biggs joined the pack in March 2010. ~ WebShepherd) 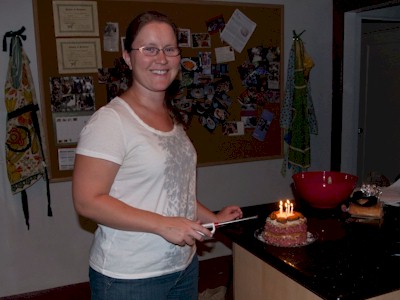 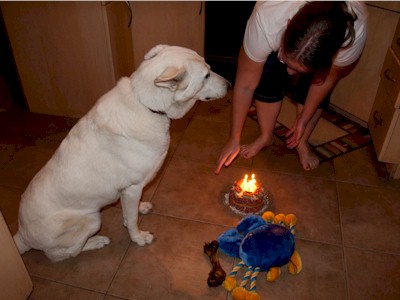 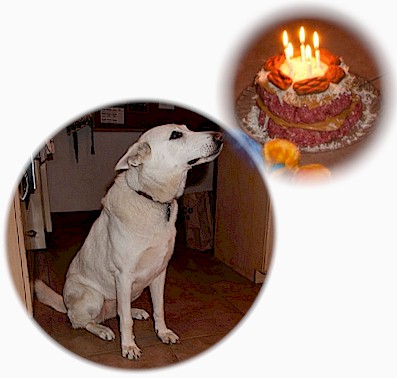 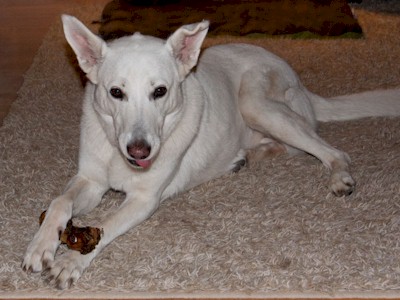 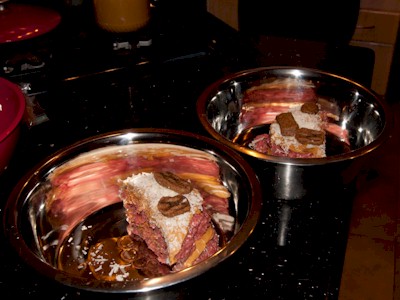 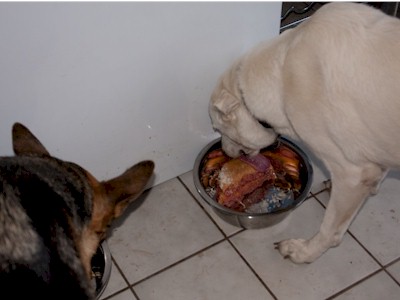 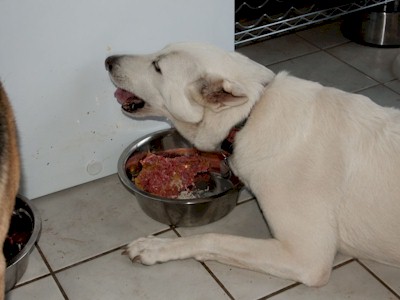 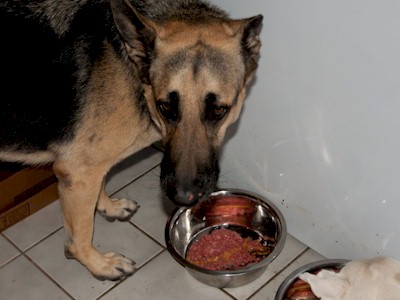 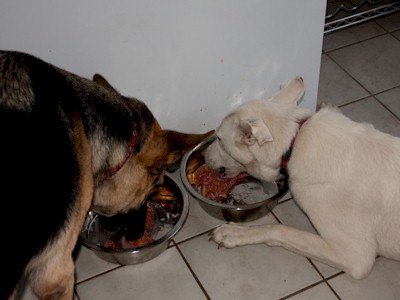 Blanca is a cute, 3 year old white German Shepherd. She was an unclaimed stray from Solano county.

This sweet girl is somewhat timid and very submissive. She will need a home that can help boost her confidence and keep her socialized.