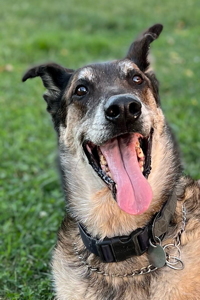 Sigmund is a 12 year old Belgian Malinois who was originally adopted from us in 2017. His owner unfortunately ended up with mobility issues with left him no longer able to care for Sig, who has a ton of life left in him!

Sig is very active for an older dog. He follows along for 1/2 - 1 mile walks 2 times a day and loves the large pond the ranch has. Which js great because he needs to lose about 10 lbs. He enjoys the companionship of his people and wants to be involved with whatever they are doing. He is a shadow inside the home and is never too far away while doing work in the yard.

He is fostered on a ranch type setting with 2 other large males and a smaller Malinois puppy. He does best with the more submissive male, he wants to play with him. He maintains a neutral relationship with the more dominant male but his foster owner stated that he can get snappy with a dog if they are being inappropriate or too pushy. He does have high prey drive towards small dogs, cats and other small furry critters such as chickens. He is an excitement talker, so at the beginning of the walk or right when he comes out of his crate he will let you know how excited he is by making noise.

Sig seems to be partially or mostly deaf. Aside from his selective hearing he also has, he can hear claps and certain tones. He absolutely loves the ball, he will carry it around all day or entice you to play a small game of fetch with him. His favorite toy is a large soccer ball. He sleeps nicely in a crate overnight and settles well inside the home. He also loves car rides. 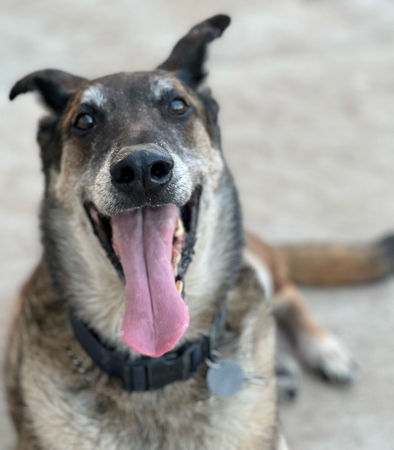 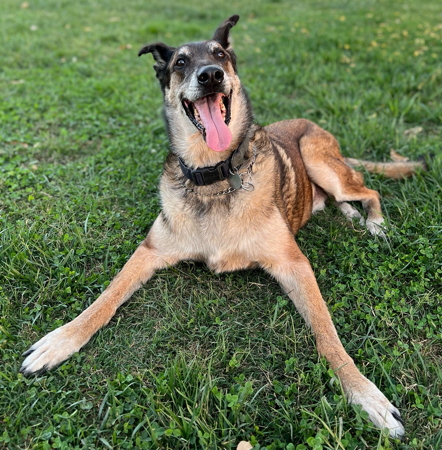 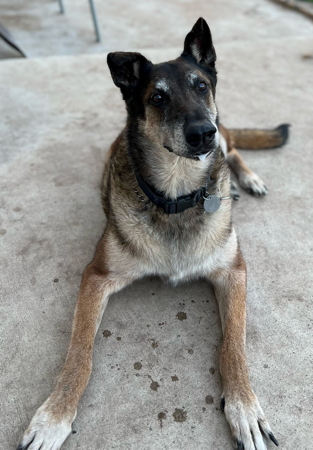 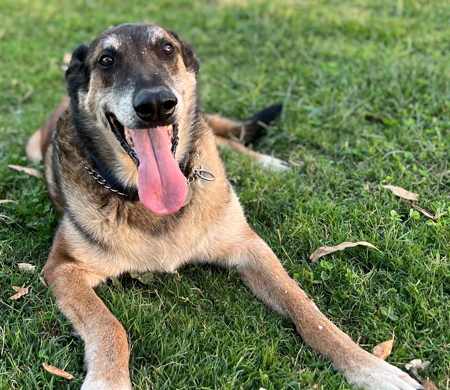 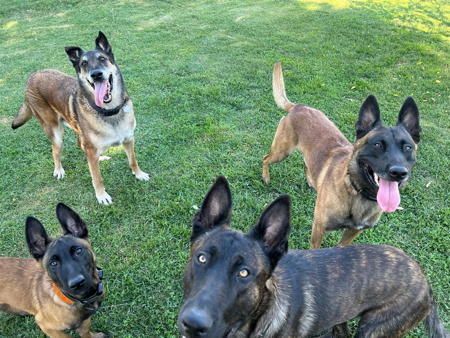 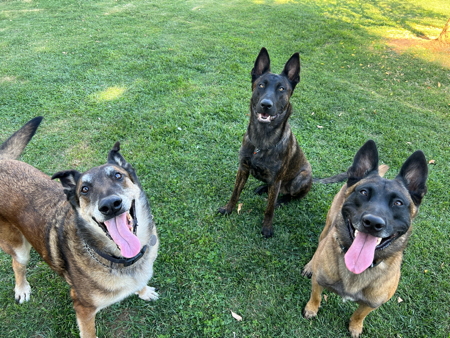