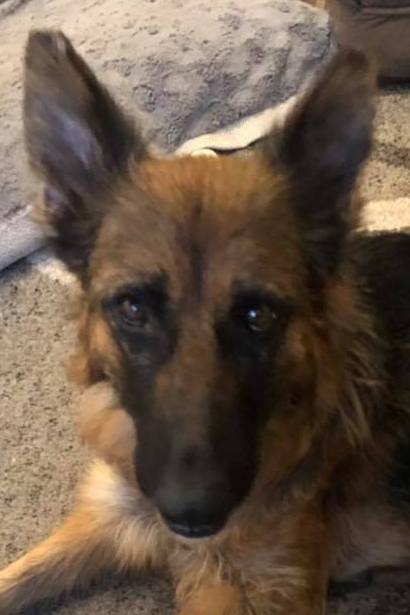 Sinead (pronounced sha-nayd, like the bald singer Sinead O'connor) is a red and black cute female, underweight at about 52 lbs. and almost two years old. She was a stray from a local shelter, so nothing is known of her background.

She was extremely underweight and missing a lot of her fur when she first came to us. She has had at least one litter of puppies. Once her hair fully returns (will likely have a plush coat) and she gets to a healthy weight, she will be stunning. Despite her rough start, she has the sweetest disposition and is a happy girl.

She does well with other dogs of all sizes, but would love another dog that wants to play as much as she does. She has had a few accidents in the house, but appears mostly housebroken. She sometimes needs coaxing to go in the crate, but once in is good through the night. The many fireworks around the 4th of July didn't seem to phase her either.

Outside, Sinead is quiet unless she hears something to cause her to alarm bark. In her foster home, she lives with a 5.5 year old female German Shepherd, and two male German Shepherds ages 3 and 12.5 years. There is also a cat that doesn't come out much. Sinead is very curious about the cat, but doesn't want to do her harm. The first several weeks in rescue, Sinead had medicated baths three times a week. As a result, she doesn't want to be near any open sources of water, except to drink from a water bowl.

Sinead's ideal home would have another playful male dog and will want to include her in lots of activities with the family. They will also commit to formal obedience training for her. 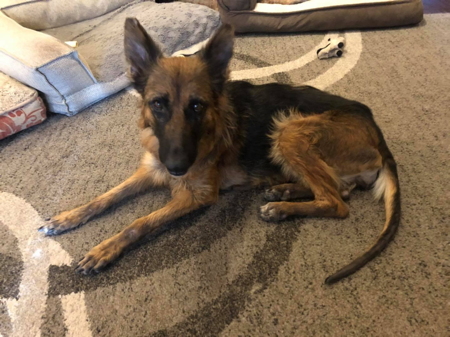 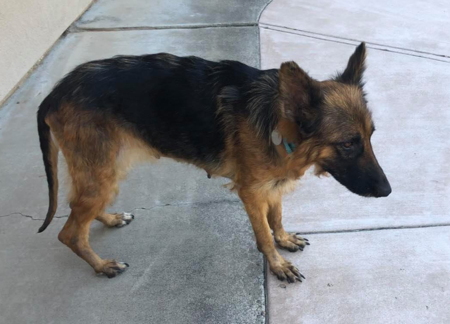 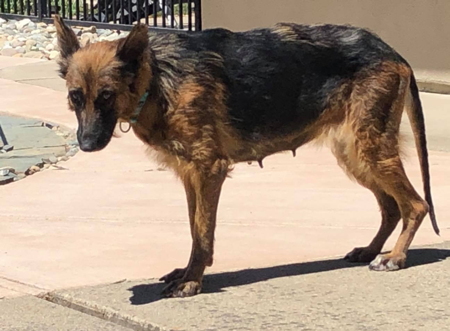