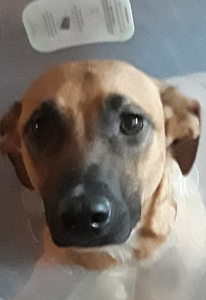 Rizzo is an adorable 35 pound nugget of pure sweetness. She came to us from a local area shelter, so her background is unknown aside from the fact that she appears to have been hit by a car. It was determined that the best course of action for Rizzo was amputation of her left rear leg.

Rizzo had already mastered walking on 3 legs before she even had her surgery. She is now healing nicely and is almost back to 100% -Well...75% anyway!

She was aged at approximately 10 months old, but with her small stature, she is likely done growing. Her pointy ears, coloring and features may indicate German Shepherd or Belgian Malinois somewhere in her lineage, but based on her small stature she will likely not get much bigger.

She may be tiny, but she has integrated herself into her foster pack of 4 German Shepherds, including GCGSR dog Kenickie, and she holds her own! If given a choice, she would be happiest sleeping snuggled with her human, but she makes herself quite comfortable on the various dog beds throughout the house and she usually manages to get first pick! She will sleep in a crate, but when left crated for an extended period of time, she cried and chewed up her bedding. She uses the dog door to go outside and has done well when left with the other dogs when her foster mom isn't home so extended crating has not been necessary.

This little sweetheart even gets along well with the resident cats and is a favorite playmate.

The only thing she is missing is a home and family of her own! 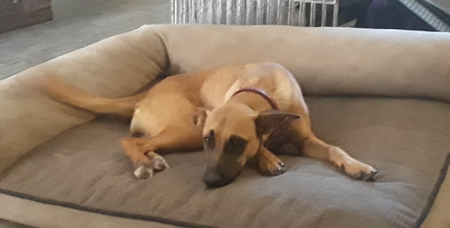 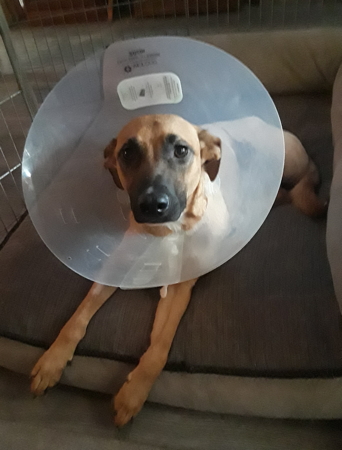 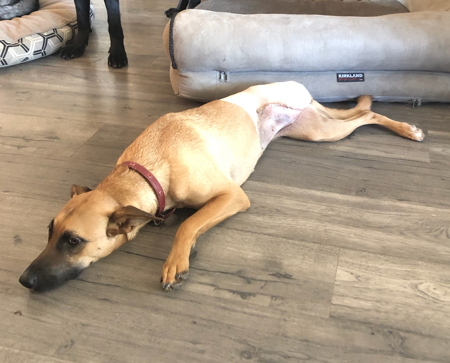