Merlot is a tall, handsome 18 month old male weighing 88.6 pounds, and could use to put on a few more pounds. His ears never stood up, so he has those cute floppy puppy ears. He was initially adopted from our rescue at 4 months old. His owner surrendered him back to us due to her medical limitations, to ensure he gets the proper care and exercise he needs.

Merlot loves to go on walks and being with his people-he shadows his foster mom around the house and yard. He heels well on walks and is working toward ignoring other dogs (starts to pull a bit but corrects fairly easily). Counter surfing seems fun to him, but we are working on that bad habit. He lived with cats and an older female shepherd and likes to play with other dogs. He does know how to fetch, but has not yet shown that much interest for more than several minutes at a time. He very much wants to please, wants to learn, and loves treats.

His owner said he was reliably house trained using a dog door. Similarly, at his foster home, he's had no accidents inside. He is provided regular opportunities to go out and will alert by whining at door when he needs to go out.

Merlot enjoys car rides and loads easily (with the help of a running start). He will whine occasionally but settles with verbal direction. He goes into his crate easily and sleeps all night quietly in his foster's bedroom. Similarly, he settles nicely when in his outdoor kennel and will bark when hearing unusual sounds, but not frequently.

Merlot continues to work toward building his confidence with new situations, new noises, and new people. He is looking for someone who will both continue his training, exercise and provide structure to allow him to flourish. No small children, as he is still learning not to jump when excited. He is living with cats at his foster home and is learning not to chase. 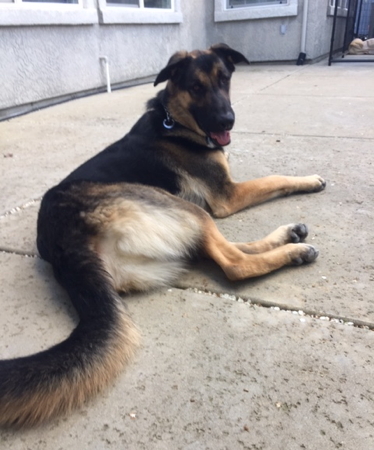 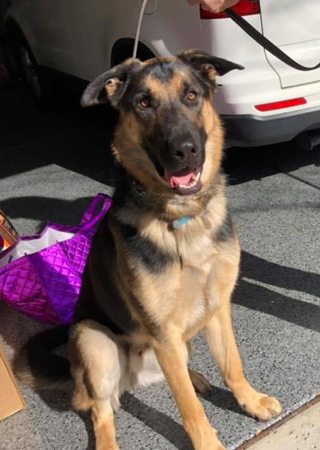