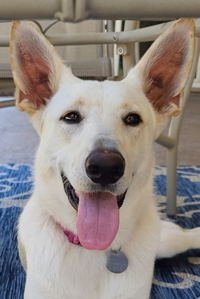 Bindi is an adorably sweet 5 month old white and blonde female weighing about 55 lbs and growing. She was found by a Good Samaritan, who tried for two months to find the owner with no luck, so surrendered her to us. Common in large breed dogs, she has pan osteitis aka growing pains in a rear leg but no serious problems. This is easily resolved with anti-inflammatories, pain meds and rest.

Bindi is in a foster home with a 3 year old large male German Shepherd, a 6 year old female German Shepherd and a 13 year old male German Shepherd and is good with all of them. If she is uncertain of their approach with her, she submits by rolling on her back. She had previously been kept as an outside only dog, but she prefers the cool house, comfy beds and to be by her human. Slow to warm up to new people and/or circumstances, but she is improving all the time. She has become the shadow of her foster mom and is very affectionate.

She is getting better walking on roads with cars passing by without pulling away from the sidewalk. She knows the sit and leave it command. She can use work on walking nicely on a leash without criss-crossing throughout the walk. Squirrels, small birds and lizards bring out the prey drive in Bindi, although she has seen the senior resident cat and only seems curious. She is housebroken and crate trained. She knows how to use a dog door, but can't be unsupervised in areas of the house where the dog door leads in the foster home. Recently she has decided to pick up more items to chew on, ie shoes and cords, so having plenty of toys and distraction will help keep her out of trouble. Bindi does correct easily if you catch her doing something she's not supposed to do. This girl loves water sprayed from a hose and will put her feet in the water bucket and/or the fountain to cool off. If she had a pool, she would likely sit on the step or maybe go for a swim.

Small children frighten her, so only homes with older, calm children will be considered. Bindi wants to engage in play with a dog that isn't too rough. She has been around small dogs and large dogs and does well. Her forever home must be willing to engage her in everyday life and preferably be home much of the time. She has been known to whine, bark and howl when left outside by herself too much. 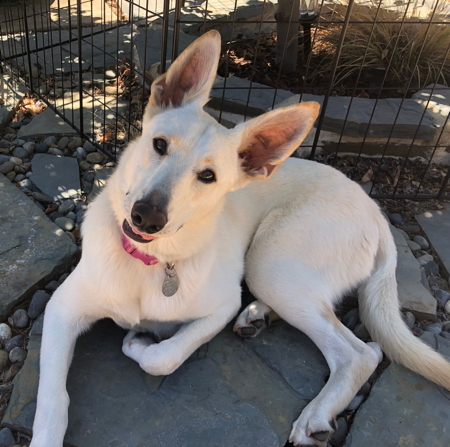 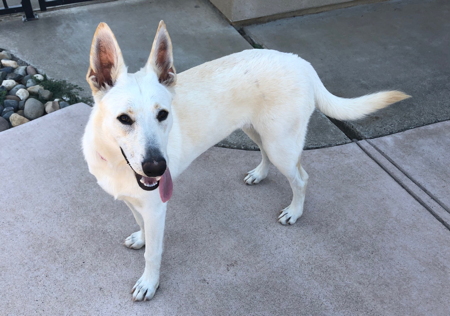 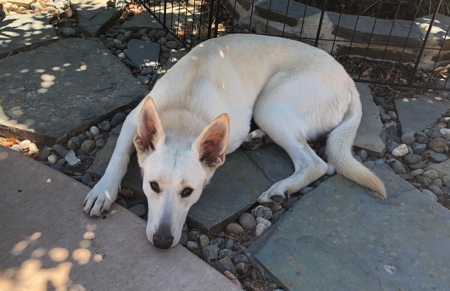