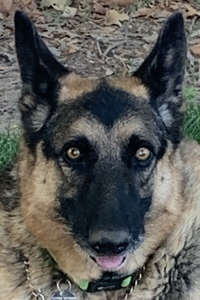 Shocon was a stray from a local shelter so not much is known of his background. He is about 6 years old, has a lovely black and tan coat, and the most spectacular auburn eyes. He has a large frame weighing just less than 100 lbs. He is in good physical condition and at his ideal weight.

Shocon has excellent leash manners, and makes daily walks enjoyable. He is very attentive to his human, and not easily distracted by other animals.

Shocon is currently in a foster home living with a large Male and a large Female German Shepherd. He prefers to spend his days next the humans in the home, rather than playing with the other dogs. He does occasionally protest when the other dogs get too close. He is learning with an easy correction to share his toys and humans with the other dogs.

He is calm and polite with good house manners and is housebroken.

Shocon may seem aloof when meeting new people; although he has warmed up quickly to everyone he has met so far. 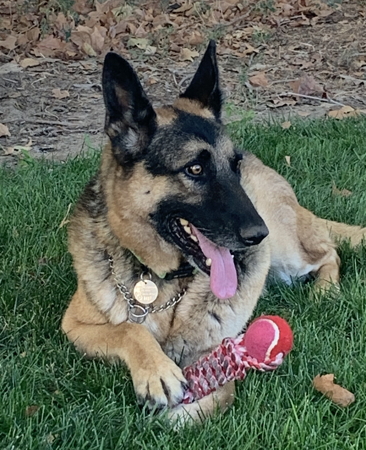 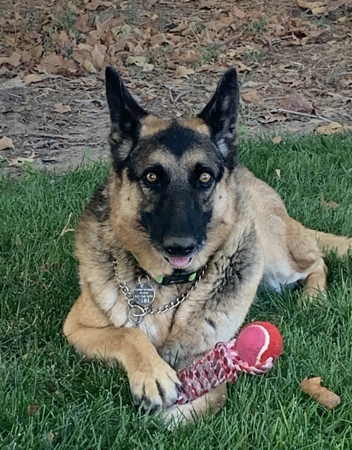 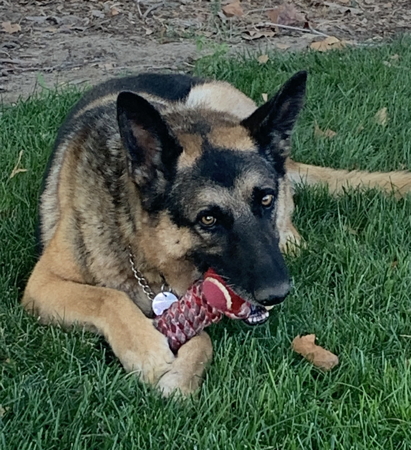 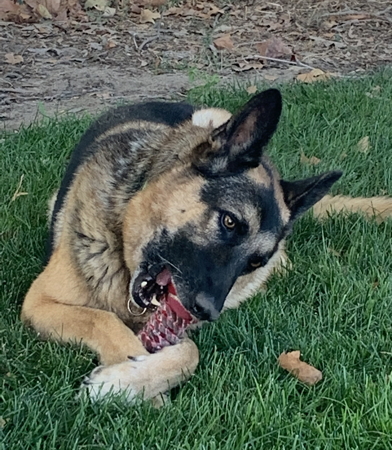 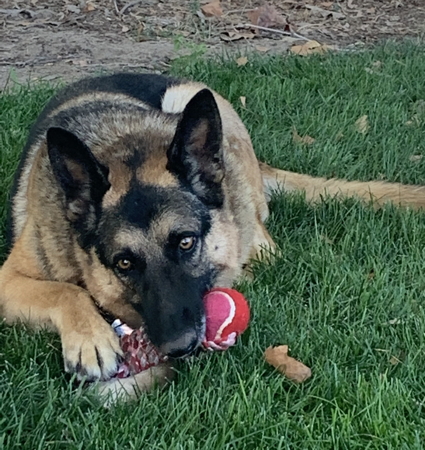