Hello,
I wanted to give an update for Starr (now named Stark, after Tony Stark from Ironman) We just finalized his adoption after the 30 day foster-to-adopt program which is such a great idea! It took him a few days to adjust and now he is a happy, sweet dog who loves everyone he meets - people, big dogs, small dogs, and even cats (although they don't feel the same way about him!) Our boys love to feed him and throw squeaky toys for him to fetch. He has learned sit, come, down, stay, "drop it" and is 99% house trained. We are still working on "leave it" and off. He is a wonderful addition to our family and we are thankful to Kim and Barbara and the rest of GCGSR for helping us find him!

Rick, Rebecca, Mateo, and Gabriel B. 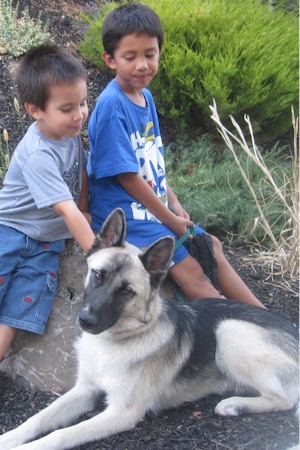 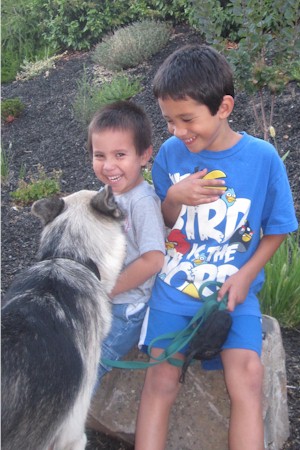 Starr is a small, black and cream, 12-18 month old male out of the Sacramento area. He was an unclaimed stray so nothing is known of his background.

This sweet and affectionate boy gets along well with both the foster and resident dogs, male and female, in his foster home. Starr has a moderate energy level and while he likes to run and play, he would prefer to be with his humans. He has not had much in the way of basic obedience, but his mild manner makes him very easy to live with. Starr is almost housebroken, and is learning to sleep in a crate.

Starr rides nicely in the car, is learning to Sit and Wait for food, but still needs work on a leash -- he doesn't pull much, but will trip you up if you are not careful. Starr has not shown much interest in the outdoor cat in his foster home, so may be able to live with one if properly supervised. He has gotten along with humans of all sizes and ages so far. 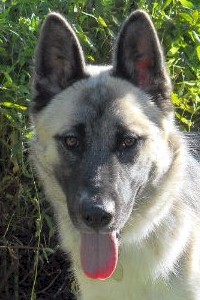 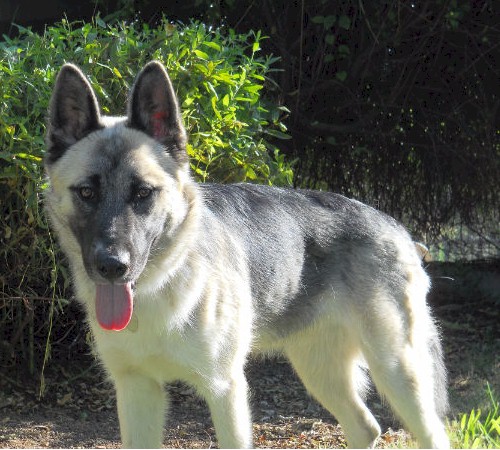 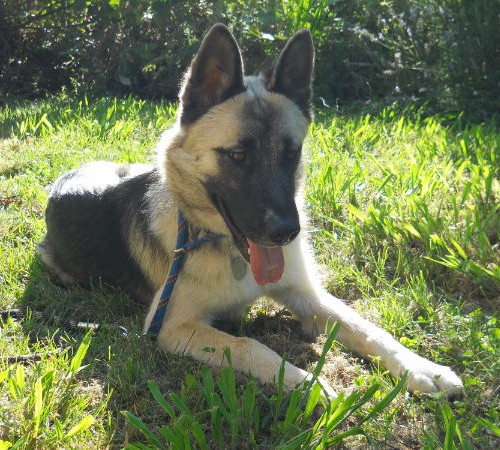