August 2011
Hi Nicole, below is the video that I took of Sammy having a great time playing in the water, what an awesome dog, love him sooooo much!!!! He's on YouTube now, he's famous, LOL!!!

Sammy Playing in the Irrigation Water at Papa's

April 2011
Here are some pictures that I’ve taken of Sammy.  He is just too cute, he tilts his head when we talk to him and some times he talks back, LOL!!!  My daughter and I introduced him to the bubble machine yesterday; he had a blast, not sure if he thought the bubbles (non-toxic of course) were balls though.  That is the other thing, he goes through tennis balls everyday, cracks them like eggs.  My husband found this guy on EBay selling used tennis balls and bought 100 for 20 bucks, you should have seen the look on Sammy’s face when I showed him the box, I swear he was smiling LOL!!! 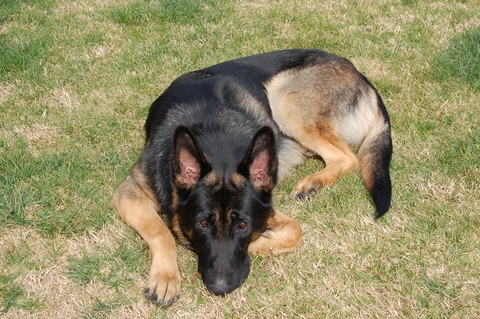 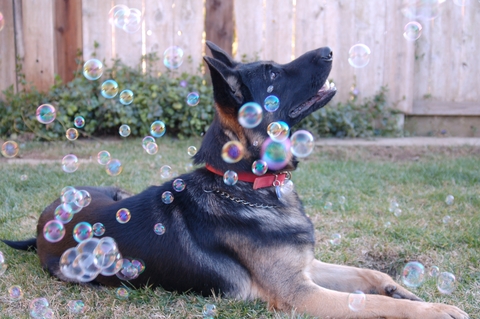 Sammy is a solidly built boy around 18 months old with moderate energy. He has a luxurious, mostly black coat with some tan highlights and classic tan legs. Although average height, he has a deep chest, a very large head, and a long table-clearing tail that seems to always be wagging. Sammy came with his name, his owner could not afford to bail him out of the Modesto pound and his breeder wouldn't take him back. Although we have no paperwork on him, he's supposedly out of Czech lines.

Sammy is an easy going guy with decent house manners. He's quite content lounging on his bed, but would prefer to be in your lap. Sammy is housebroken and is learning not to beg at the table, and that garbage cans are not a source of snacks or chew toys. He gets along well with the other dogs in the house, but typical of German Shepherds, does like to play hard, rough, and loud with the other dogs. He is very interested in his feline housemate, but does not show much prey drive and is very correctable. He would probably be okay with dog-savvy cats. He can be a little reserved with new people, but warms quickly. We haven't had him around children yet, but Sammy isn't the most coordinated boy and could easily knock down the little ones. He will dig if left alone outside.

This big sweetie would like a moderately active home with owners that can set boundaries and enforce them. He would do best with a medium-to-large playmate and someone to give him the time and attention he needs. 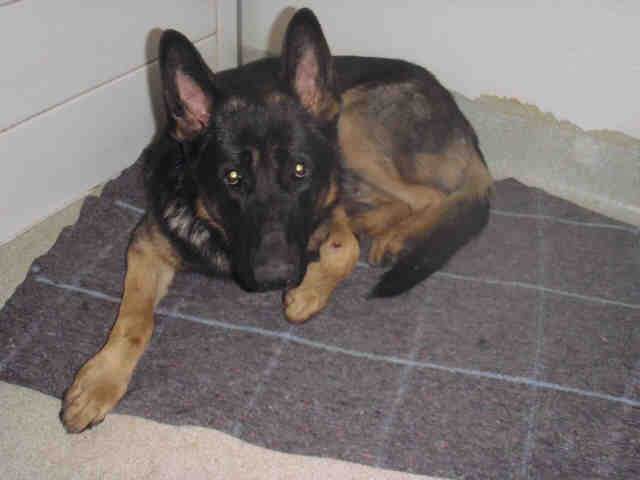