We had a couple of pictures of Knox and Yada that were too cute to keep. Enjoy!
Bruce 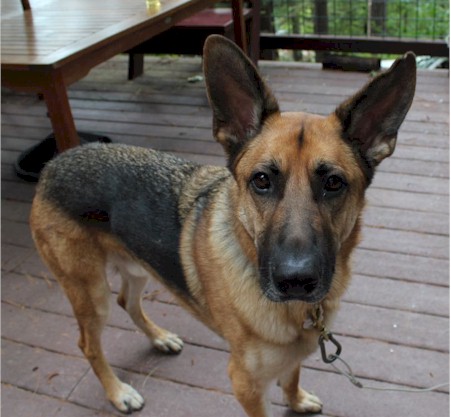 Knox All Grown Up 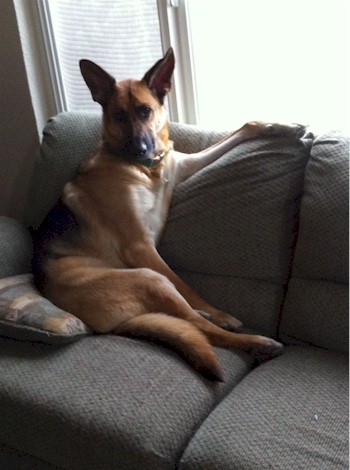 Adopted April 2010! Knox will be living with Yada, another rescue GSD!

Knox is a tall, handsome black and tan male just around 18 months old with a great big smile, and one ear that has a rakish twist on the end and flops down sometimes.

Knox came to us as a skin and bones stray, with elbow dysplasia in both elbows, along with mange, internal parasites and general neglect. He's now healthy with a silky, shiny coat and has had elbow surgery.

Despite his previous neglect, Knox is happy, outgoing and sweet. With one on-again, off-again flop ear and his oversized puppy personality, he's a very charming goober who is really trying to be a good boy. He very willing and works very hard at learning what he's supposed to do, and has come a long way. He's housebroken and crate-trained, and has fairly good house manners. He has learned to Sit and Wait for his meals, to Go Lie Down when told, to Get Out of the Kitchen, and to walk reasonably well on leash. He loves to go for car rides and eagerly jumps in. He'll ride quietly in a crate and waits patiently to be let out.

This big clown loves to play with other playful dogs, and when other dogs aren't around he'll amuse himself by dragging anything not nailed down to surround himself in his favorite spot. He doesn't seem to have much prey drive, he's okay with cats and he met an injured bird that hopped away screeching, and he just followed along behind it wagging his tail. However, he has a passion for squirrels!

Knox came to us with bilateral ununited anconeal process (UAP), a form of elbow dysplasia in both elbows. Thanks to our Rainbow Fund, he has now had the surgery to remove the bone chips in both elbows, and has healed up well. He still gets gimpy on his elbows if it's cold & damp, or if he plays too hard or spends too much time on hard surfaces. he's currently doing very well on Tramadol for the pain. 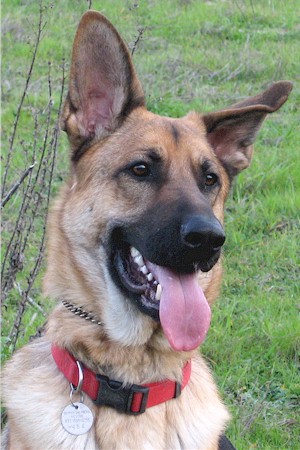 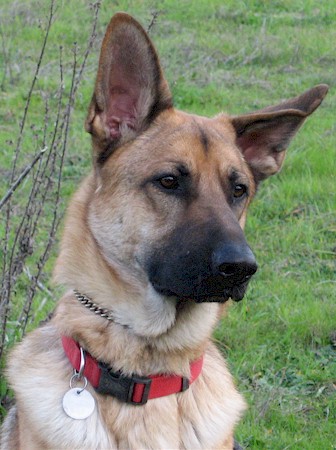 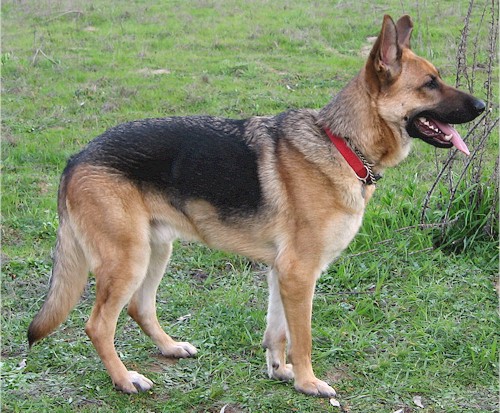 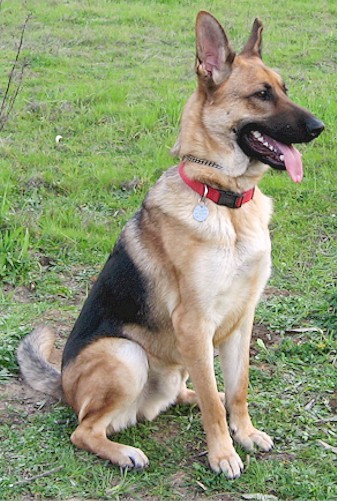 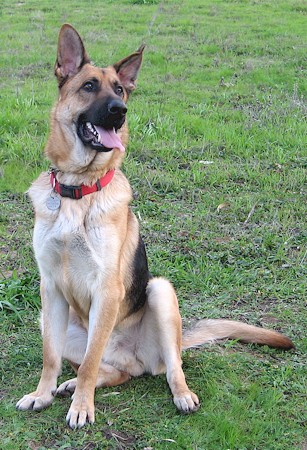 October 2009 - Shortly after elbow surgery on both elbows 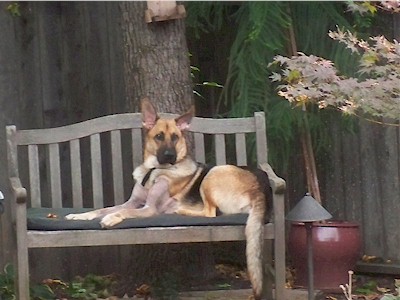 September 2009 - Knox gets to go camping with his foster family and friends. 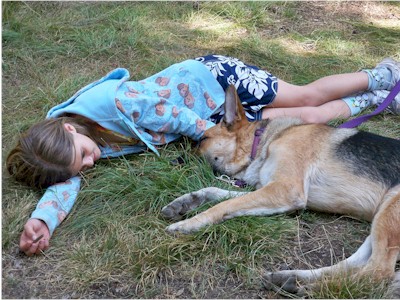 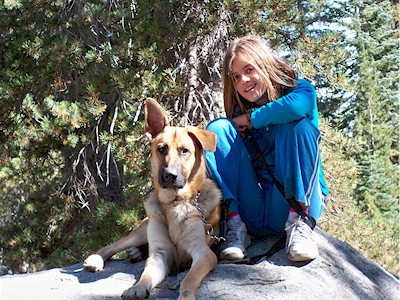 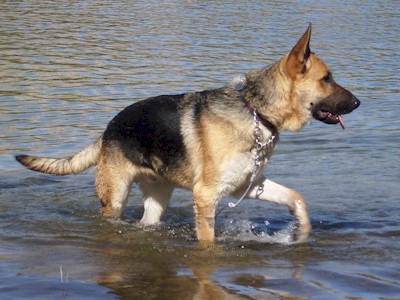 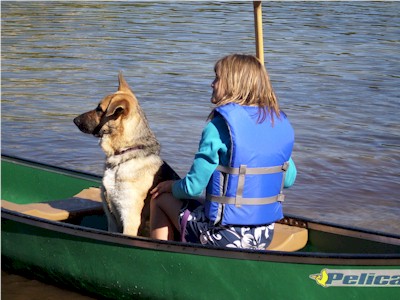 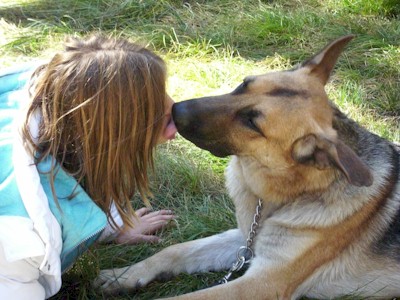 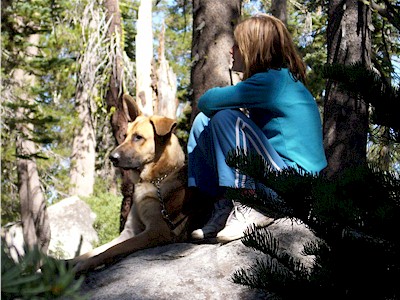 July 2009 - after 10 days of treatment for mange, hair was already starting to grow back. 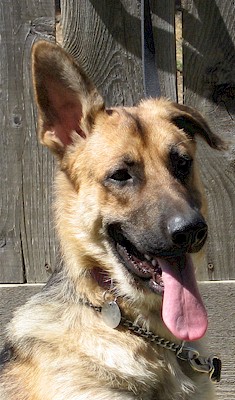 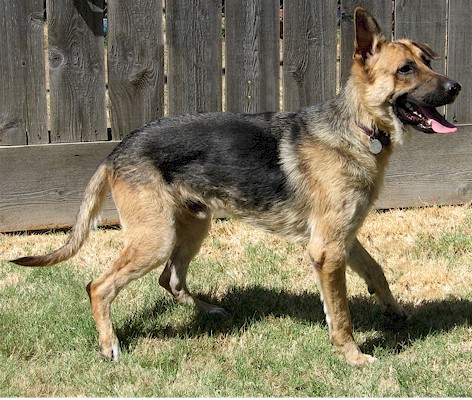 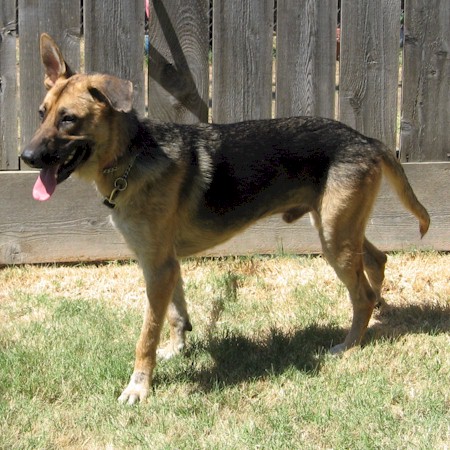