Chester is a handsome, mature male who had the misfortune to collide with a vehicle, and end up as an unclaimed stray at the Modesto pound. Even with his badly broken front leg, he was easy to handle and and bore it with stoic reserve typical of well-behaved German Shepherds.

Thanks to The Rainbow Fund, our vet put in a plate to repair his leg on July 30th, and he's healing up very well. This medium-sized guy is very low energy, housebroken, very well-mannered and trustworthy in the house. He only chews on appropriate dog chew items. However, he's very food-motivated and figures all dog food should be his at feeding time, so he needs to be controlled if there are other dogs around or he'll bulldoze them right out of their bowl. Otherwise, he's tolerant of other dogs and can sometimes be cajoled into playing with cute, young female dogs.

Chester didn't know much of anything when he came into our program, and he's so easy going he hasn't been much of a problem. He doesn't like to be in trouble, so he'll default to a down when he doesn't know what else to do. He stays right on the heels of his person when out and about, and doesn't cause any problems with other dogs or livestock, other than warning off any cattle who get too close to the fence. He loves his people and likes to go for car rides. He can get vocal when left alone.

He doesn't seem to have much prey drive but he hasn't been around cats.

All healed up and playing at foster home. 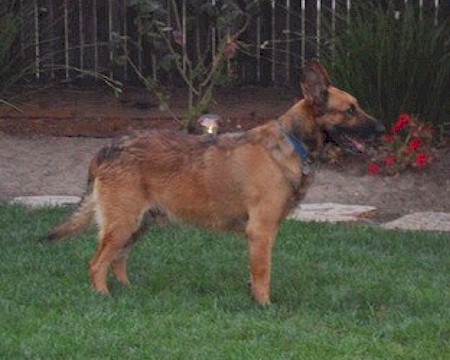 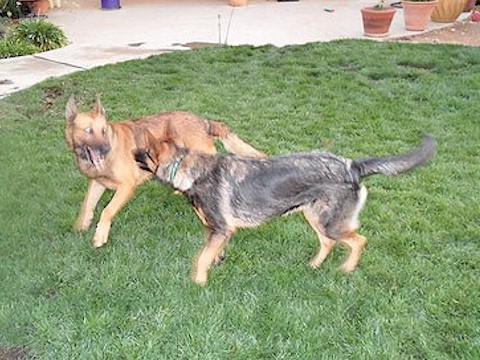 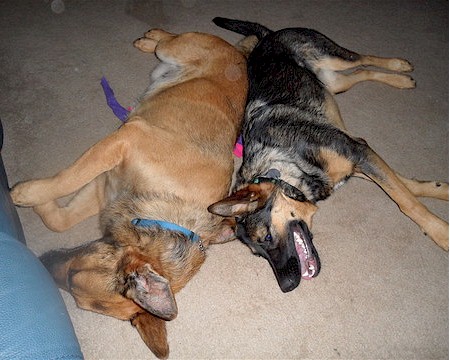 After surgery, healing up! 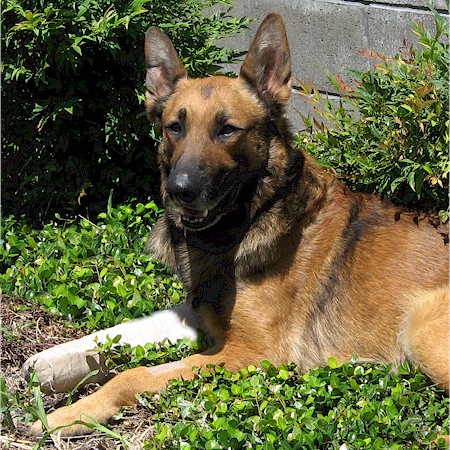 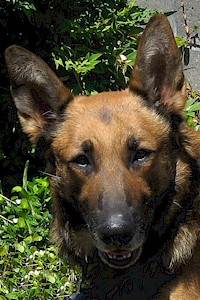 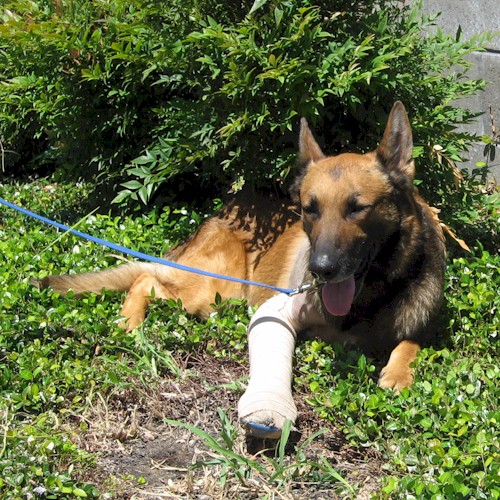 Chester at the shelter 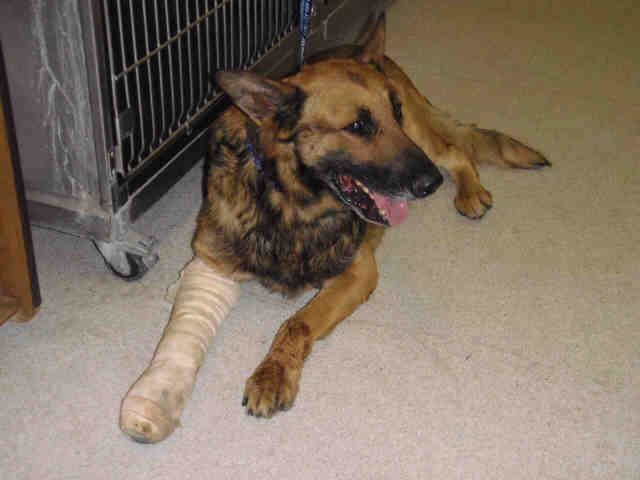