NOTE: This is a Courtesy Listing for an indivdual. Greater California German Shepherd Rescue does not have any information about this dog.

Duke is an approx 55 lb, 5-yo neutered male GSD mix who is loving, rambunctious and fun! Duke is super affectionate, loves to cuddle, give kisses, and just wants to be close to his people.

Duke is healthy and up to date on his rabies, distemper/parvo, and Bordetella vaccinations.

Duke is friendly with strangers, both inside and outside of the house. He's generally sweet and attention-seeking, but does have a tendency to jump on strangers in his exuberance (still working on curbing this behavior). Duke hasn't had much interaction with small children, but in public he's done well. He can be mouthy when he plays, so a home with older children would probably be best.

Duke is great with other dogs and wants to be friends immediately. He can get a little too rambunctious in his play so he needs to be monitored. He gets along great w/ the female Pit Bull mix he lives with.

Duke has not been socialized w/cats so a home WITHOUT CATS is in order.

Duke has likely not received any formal obedience training and training is still a work in progress. His main person Taelor has worked w/ him to reduce his mouthiness when playing, his jumping on people and his pulling on leash. Taelor uses a prong collar and Gentle Leader when walking Duke, which keeps him in check. Duke gets excited when seeing other dogs when on walks, but responds well to commands to continue to move.

Duke is somewhat of an escape artist when he's inside and the front door opens. He's dashed out the door on more than one occasion. He doesn't go very far, but he still needs work at refraining from door-dashing. An enclosed backyard is recommended.

Duke is housetrained but is kept either outside or in a crate inside when Taelor is gone for more than an hour. She also keeps Duke in a crate at night.

Duke enjoys car rides but would do best with a barrier to keep him isolated from the drive as Duke has tried to climb onto the middle console up front when Taelor is driving.

Duke enjoys playing fetch, loves to be sprayed with the hose, and enjoys Nylabones. He likes to catch treats in the air. He would likely enjoy swimming but has yet to have that opportunity.

Taelor took Duke in from a relative on a temporary basis six months ago. (The relative had adopted Duke from a shelter and only had him for a few months before needing a foster home for him.) Now, the relative is unable to take Duke back and Taelor is not prepared to adopt Duke permanently.

Duke is located in the Curtis/Oak Park area of Sacramento. His adoption fee is $100. 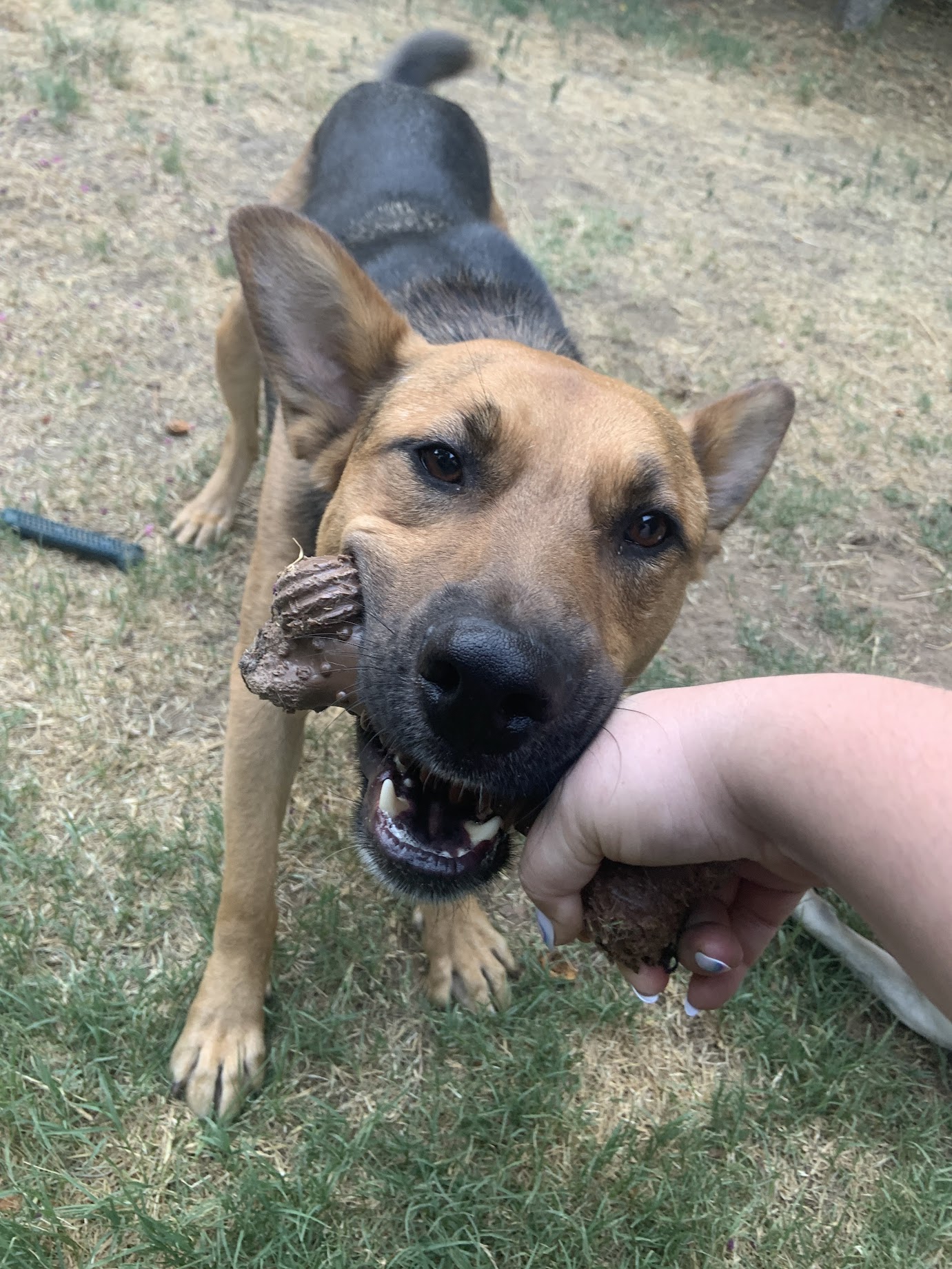 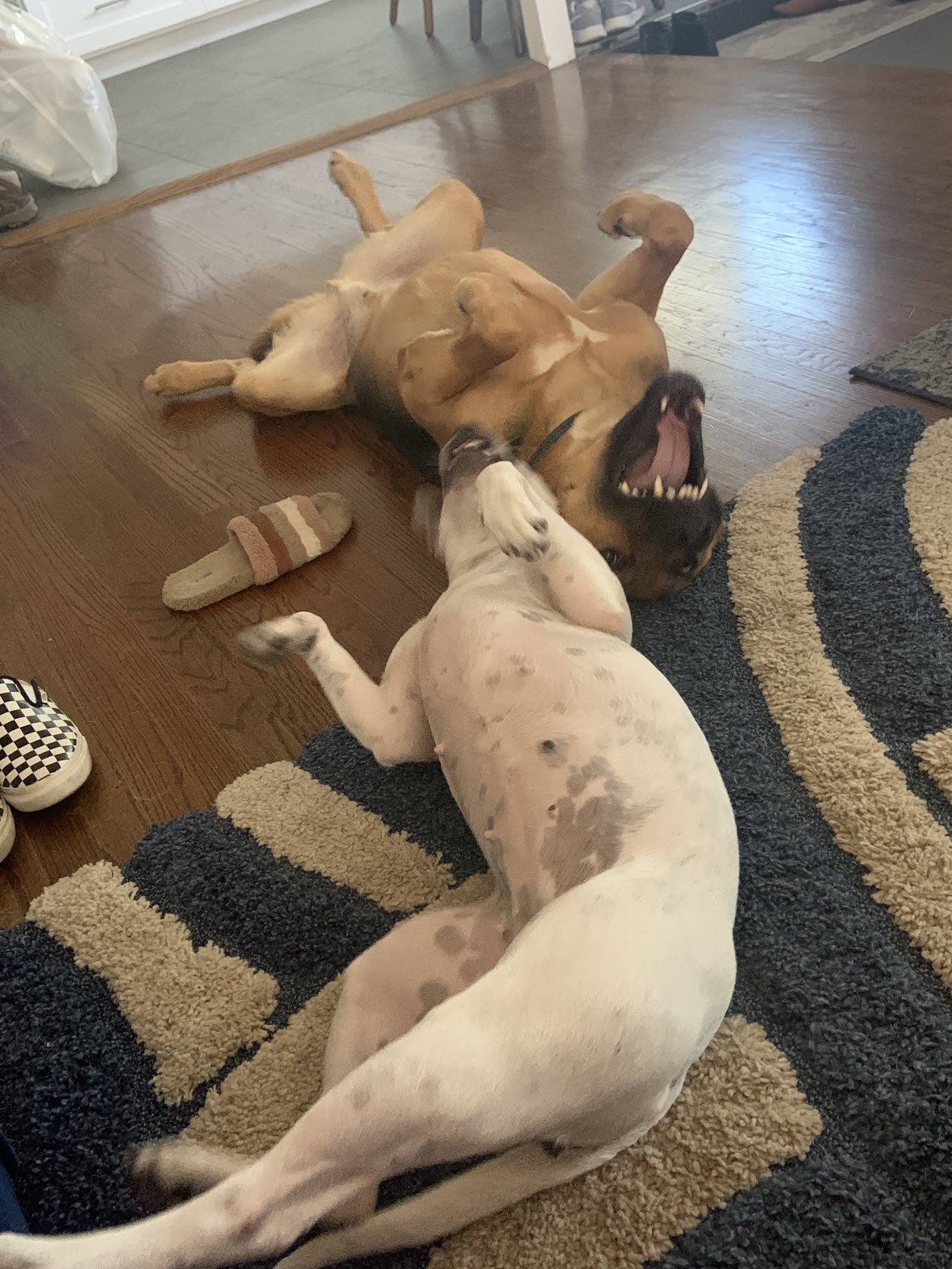 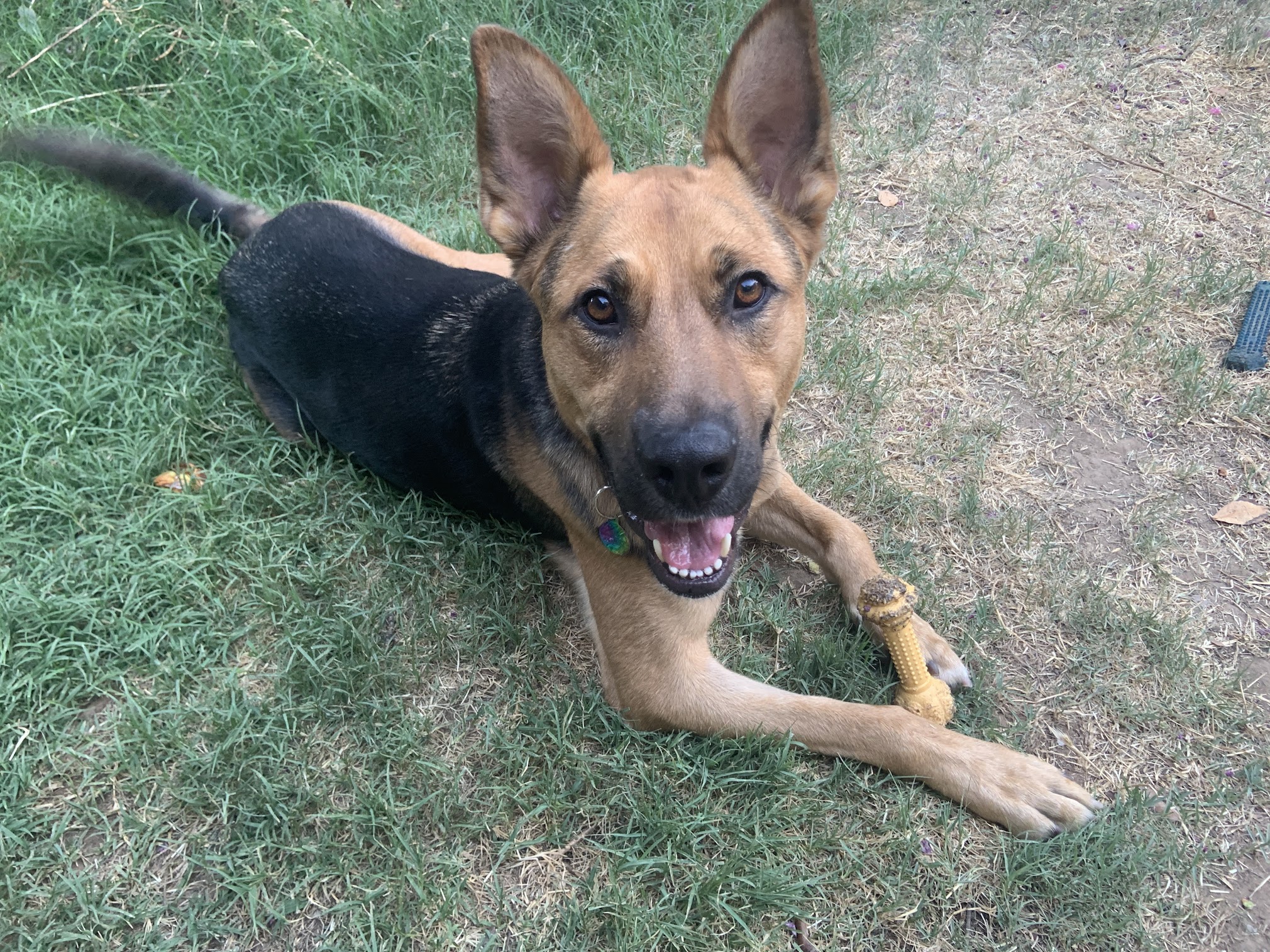