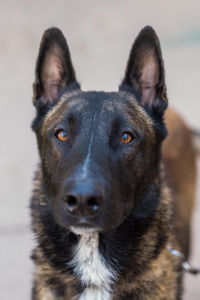 Tito is a 2 year old Belgian Malinois with rather unique markings. He is a tall and lean boy, weighing at about 70 lbs. Tito came to us sick and underweight, but with good food and some vet care he has filled out and feels much better. Even when he wasn't feeling well, he was sweet as sugar.

Tito came to us from a very crowded local shelter where he spent 2 months on the adoption floor. We have no idea how he was not adopted as he is great - looks and personality wise! Tito is currently fostered on a ranch type setting with multiple other dogs. The neighbors do have livestock and Tito shows some prey drive towards them through the fence. He likes to say hi to his foster brother through the kennel every chance he gets and enjoys taking walks around the property or running next to the quad. When he runs, he has the biggest smile on his face with a goofy full stride run. As much as he loves his runs, he's actually a pretty mellow boy for a Malinois. Tito is very person oriented and wants to be with his human as much as possible. A home where he is included in the family and daily activities is a must.

Tito loves the car. He tries to get in every chance he gets and go for a ride. He is potty trained, crate trained and working on his leash manners. Tito does not have any ball drive or drive for any other tug toys. He enjoys a bully stick on a dog bed where he can see his person. Tito is learning that jumping is an inappropriate form of saying hello or I missed you to his foster mom, when he jumps up or stands on his back legs he's nearly 6 ft tall. 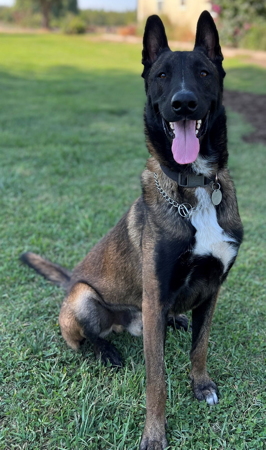 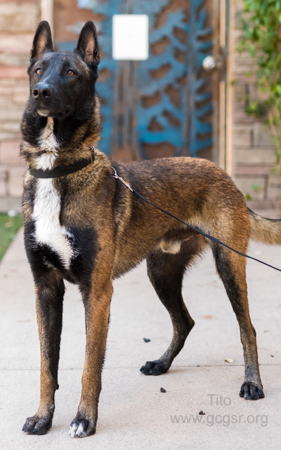 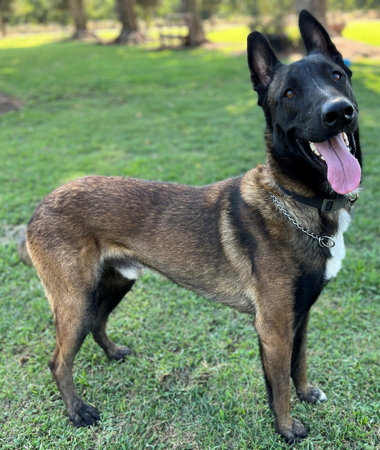