Sammy is an absolutely stunning red/black male who is about 18 months old and weighs in at a sturdy 86 lbs. He was a stray came from a local shelter, so nothing is known of his past life. The shelter environment was stressful for Sammy and he appeared very timid of new people and situations, but now in foster care this boy's sweet nature is shining through! While still slightly hesitant sometimes meeting new people, especially men, he is gaining confidence every day.

His regal, mature appearance is a bit deceiving -- this boy is still a big goofy adolescent who doesn't realize he is a large dog. He was housed with the little dogs at the shelter because he preferred their company, so perhaps that is where he got the idea that he is a lap dog. He is very affectionate and loves to interact with is his human, but his exuberance and tendency to play using his mouth may make him a bit too much for very young children. He is learning boundaries, basic commands, and he seems eager to please.

Although Sammy preferred the small dogs at the shelter, he is now great buddies with his foster pack of four other German Shepherds, especially GCGSR puppy Ricoh, so he would love another playful dog in his forever home. He is also living with dog savvy cats with only occasional reminders to 'leave it'.

He will sleep in the crate at night, but is also trustworthy to sleep uncrated, and he appears to be housetrained. Keeping chew toys available, keeps him from finding other interesting items to nibble.

Sammy does well on leash and loves to ride in the car - he even stepped out of his comfort zone to enjoy a trip to Home Depot with his foster mom. He seems to enjoy the new experiences, so continued socialization and training will help give him the confidence to live his best life. 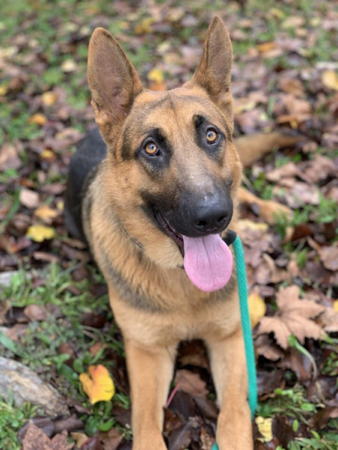 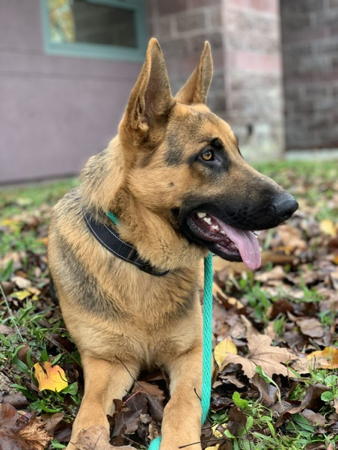 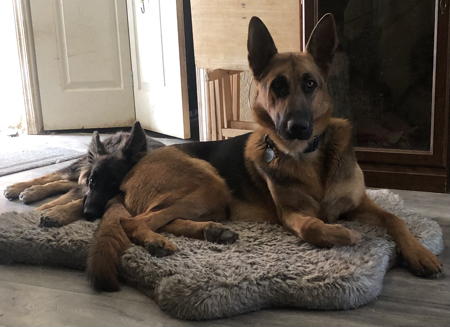 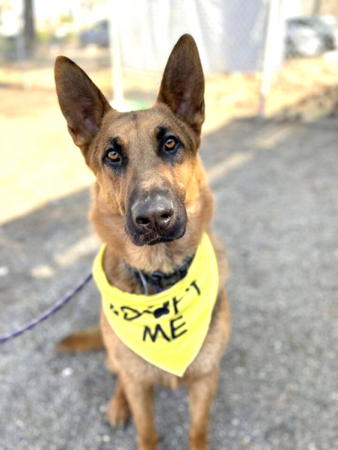