Janet is an adorable female born on 1/26/22. She is blonde with a reddish head and a dark racing stripe down her back. She is the sister to Tahani and both were surrendered by a family who had the litter and these were the last two that didn't get adopted. We are told they are part Labrador retriever.

Janet is an active, curious and loving puppy. She loves being with her humans and the other dogs in her foster home including Tahani, her litter mate. She's a bit bigger than Tahani by almost 4 pounds and all legs. She's only had one vaccination to protect her against distemper and Parvo, so she can't go out on public ground yet. She is not housebroken and still learning the basics of everything.

Janet would be a great addition to a lucky home. 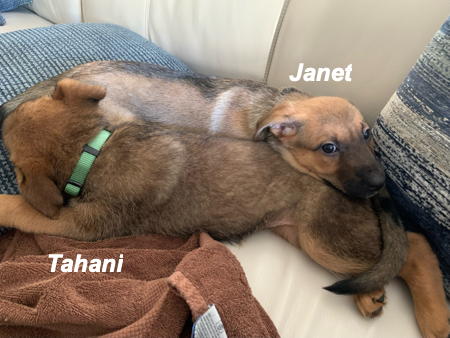 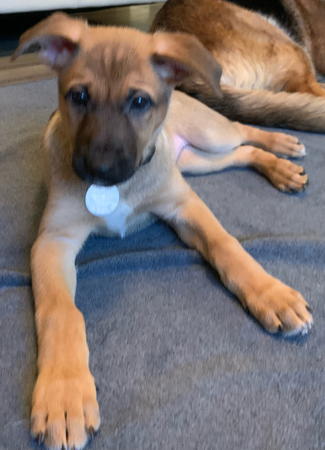