Jettison is a large, all black male about four years old who weighs approximately 88 pounds. He was abandoned in front of a local animal shelter in a crate, so nothing is known of his past. The tips of his ears have been bitten by flies, which means he was probably left outside a lot. The tips of his ears are nicely rounded but don't bother him.

He was house trained when he came to us with nice house manners. He was left alone in the house with the adult female German Shepherd when other dogs were taken for a walk and he did great. There are two other other male German Shepherds in the foster home and there's been a bit of grumbling, so at the moment, all four dogs will not be left unsupervised. He's not very fond of going into a crate (possibly because he was left in front of the shelter in one). His foster home is gently working on the crate situation. Jettison has quickly learned to love being inside with his human and other foster dogs. He came to us overweight so he is also on a diet now. He has low to medium energy but that may change just a bit when he loses weight. He likes stuffed animals, rides well in the car and is learning the 'go potty' command. He is currently living in a foster home with 3 German Shepherd's and does very well with them under supervision by the foster mom. He sleeps very quietly all night in his foster's bedroom. He knows some basic commands, heels well and greats humans nicely. He has a very thick coat and he likes to be brushed.

This gentle giant would love to be adopted by a kind, loving human. Obedience training is recommended to help build trust.

Cats and small critters are unknown. 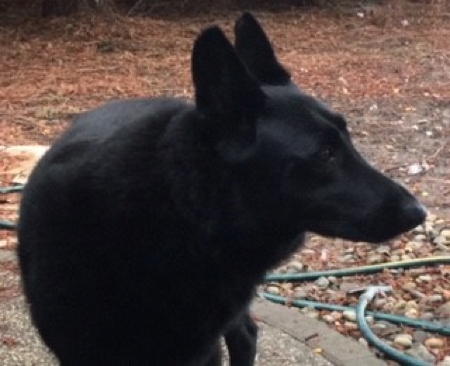 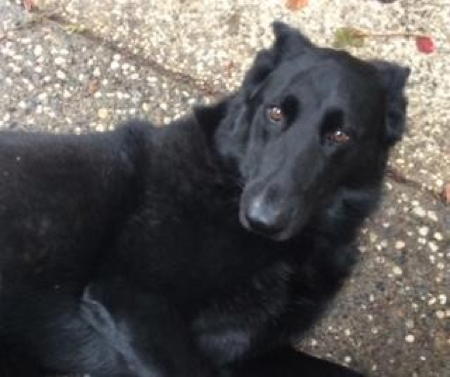 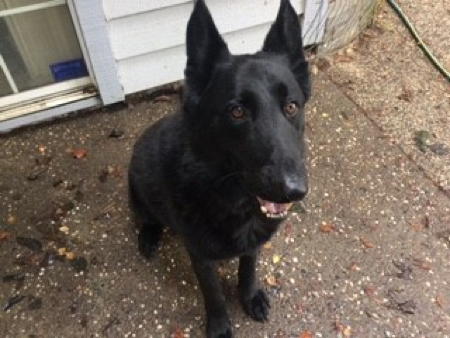 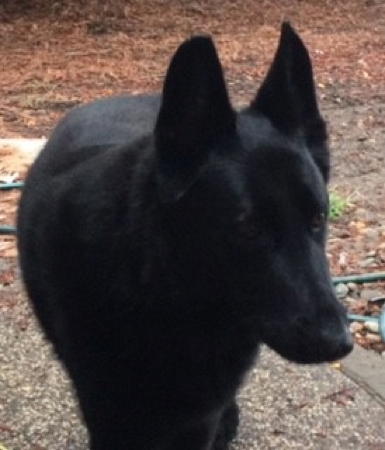