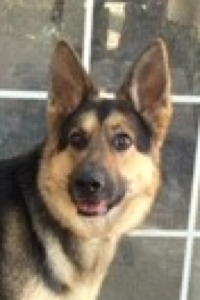 Atnas is an approximately 3.5 years old black and tan handsome male who was originally adopted in 2019 and returned when his owner could no longer keep him. His name is Santa spelled backwards since he was rescued at Christmas time. He is approximately 20 pounds overweight at 93 pounds now and is used to being free fed at his last home. He is in a foster home now learning to only eat at meal times. He sits nicely for his food and waits until he gets the command to eat. He heals nicely and has nice house manners. He easily jumps into an SUV with enthusiasm and is very well behaved in the car.

Atnas is living with another male and a female German Shepherd and plays well with them. His last owner said he is good in the house while his humans are away. He has medium energy and doesn't beg for food while you are eating. He is good with kids and dog-savvy cats. 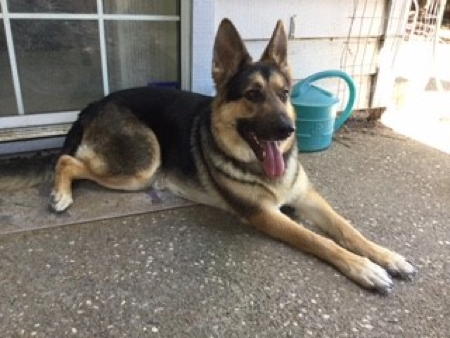 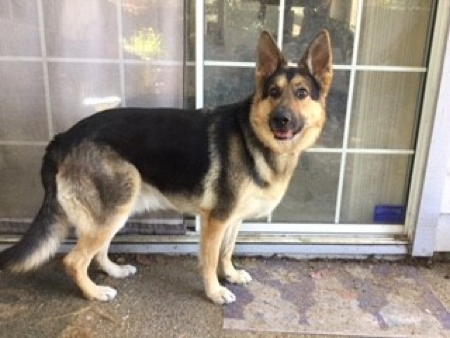