Rumble is a black and brown, two year old male German Shepherd weighing approximately 65 pounds. He was left in an abandoned car and the owner of the car never claimed him from a local shelter, so we have no background information on him.

Rumble rides well in the car, easily jumping into an SUV, excited to go on trips. He heals nicely, nuzzling your hand along the way. He meets other people and animals easily on walks. When people come over, he is sometimes shy to get to know them.

He appears housebroken, has medium energy and nice house manners. When his foster leaves for a few hours he is fine in the house as long as there's access to the yard and another dog in the house with him. He does not like to be left alone, so if you're a working person he would do better if you had another dog at home. He is currently living with a large female German Shepherd in his foster home and he plays well with her. He sleeps quietly at night in his Foster's bedroom, not needing a crate. He likes stuffed cloth squeaky balls a lot and does not destroy them. He will alarm bark if he thinks there's a problem.

He knows a few basic commands. He has a good appetite and is food motivated. His forever home should be willing to continue regular exercise, take him for formal obedience lessons and include him in regular fun activities. 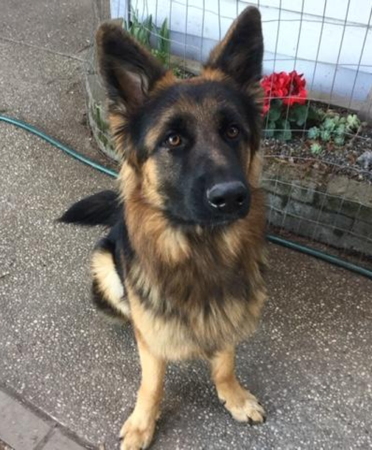 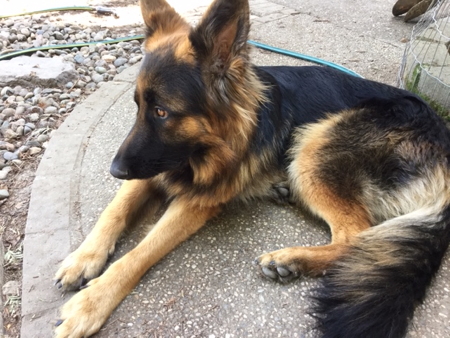