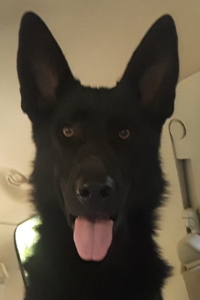 Kenickie is a stunning, almost all black boy who is just under a year old and is about 75 pounds. Since he came from a local area shelter, we know nothing about his past, except that it appears that this young dog had a rough start. He came to us with very little trust in humans, but he is gaining confidence every day with the help of his foster pack.

Initially, Kenickie would shy away from being touched, especially near his head, but his foster family is slowly gaining his trust and he now seeks out physical attention from his people.

Kenickie is also heartworm positive, so he is currently undergoing treatment for that, which consists of medication and reduced activity for a period of about 60 days. Kenickie loves to ride in the car and walks well on a loose leash. He uses the dog door to go outside and can be trusted to be unattended in the house with his pack when his foster mom is not home.

His fear seems to only extend to humans, and he gets along well with the other 4 dogs in his foster home. He is playful and loves rough-housing with the other dogs, but he will need to wait until his heartworm treatment is done to really engage in play. He has watched his foster pack interact with people, and that has prompted him to want some of that attention for himself! He has also been around the resident cats and seems to want to play with them.

With time, patience, and continued socialization, Kenickie will continue to flourish. He would likely do best in a home with another dog since he has done well following the lead of the other dogs in his foster home. Although Kenickie enjoys attention at times, other times he can still be skittish and inconsistent with his comfort level around people, so a home with small children would not be a good fit. 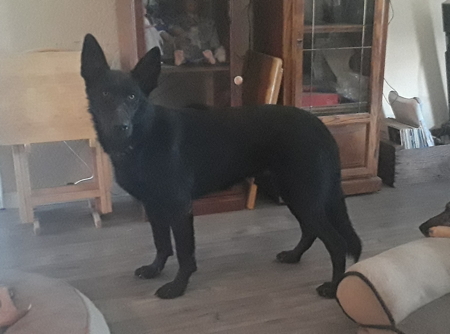 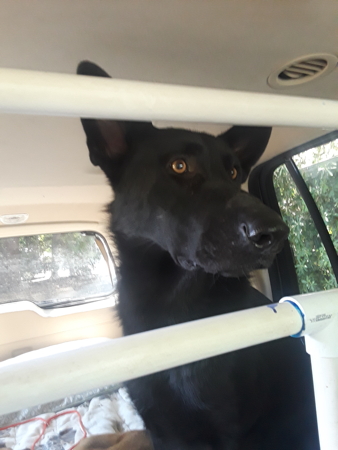 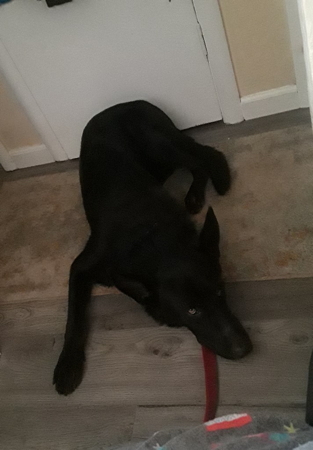