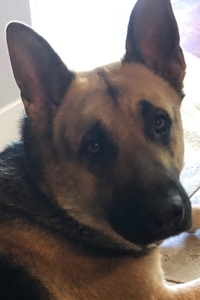 Hank is an approximately 2 1/2 year old male with a traditional black and tan coloring. He is a solid boy weighing in around 90 pounds. Hank was surrendered to our group by his previous owner when they moved and couldn't take him with them.

Hank is housebroken with the use of a dog door and generally has nice house manners. Overall, Hank has a moderate energy level especially indoors. He can get a little excited and pull when first getting started on a walk but he settles in pretty quickly and easily. Hank currently lives with another female shepherd and gets along nicely with her. His prior owners mentioned he has also lived with cats. Hank has a sweet disposition but he has a stubborn streak as well. If he doesn't want to do something, he will back up and go the other way or simply flop down wherever he is.

Hank loves nothing more than being inside with his people. He seems to think that he could make a nice lap dog and would cuddle up anytime if only his humans would allow him on the furniture. He corrects well and will get off when told but needs the occasional reminder. Hank does best sleeping in a crate in his foster mom's bedroom each night. He often tries to head the other direction from the room at bed time but settles in quite nicely as long as everyone else is ready for bedtime too.

Hank would make a great addition to a family that will include him in their activities and show leadership and ensure consistent boundaries. 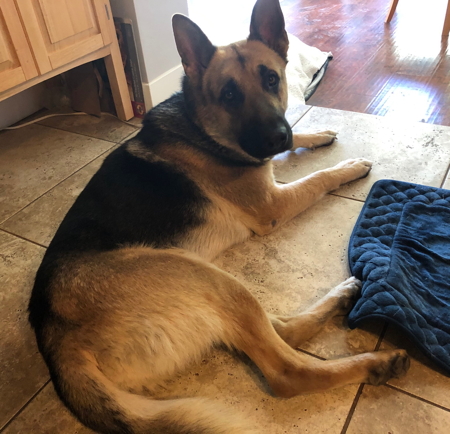 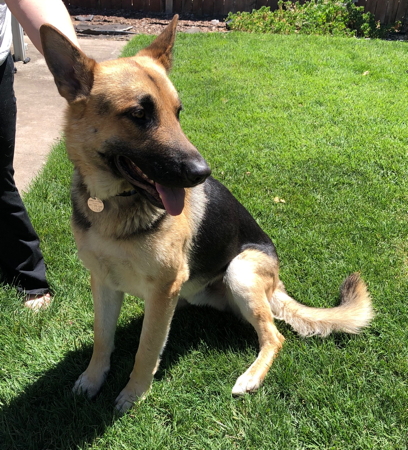