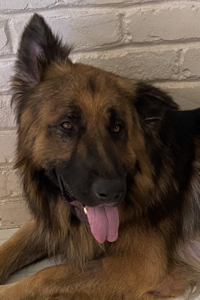 Firbol is a gorgeous red and black two year old adult male that was a stray from a local shelter. Although he was initially underweight at 80 pounds and had some minor skin issues and hair loss, it is hard to tell with his long coat. He is a straightforward dog that reliably drinks his water, eats his food, takes his medicine, and is agreeable to grooming and bathing. He is responding to care, progressing well and now has some pep in his step as when he is on 3 mile daily walks with the foster family's resident dog. In the yard, he has started running alongside the foster family's dog and is discovering toys and monitoring the yard for squirrels.

Firbol loves to be with his people and rests quietly nearby in the same room as much as possible. He is housebroken and learning the commands of sit, down and come. He enjoys riding in the car and the stimulation of being outbound.

If he is not an only dog, he needs his new family to be able to help him learn to share love and attention with any other pets. He is learning that there is enough love to go around with verbal reminders, collar corrections and consistency. He is learning to wait his turn as the resident dog is fed first, loads into the car first and is groomed. Firbol prefers the resident dog's bed and needs to be removed when the household is retiring for the evening. He sleeps quietly in a crate at night and does some low key protesting in the morning if he is still in the crate as family members get up for the day.

Firbol initially protests if he needs to be crated during the day, and then settles. When left outdoors with the resident dog, he will initially vigorously scratch at the door and frame before settling. He can be pushy until he knows the rules and his place, and then takes direction well.

In his current home, the dog food is stored in a container on top of the refrigerator after a couple of incidents of his getting into the dog food container with a clipped door. Vigilance around people food is a must, since he is a skilled counter surfer, even after he has had a meal. He is able to settle nearby as the foster family has dinner, and manages if no one leaves in him the kitchen alone with food or leftovers out.

Firbol may be better suited for a predictable, calmer home environment where he can have plenty of time with his people and not have to compete too much for attention. He seems to be an fairly easy dog to have around that could benefit from some dog obedience classes so that he can further realize his role as dog an excellent companion.

No small dogs, cats or critters. 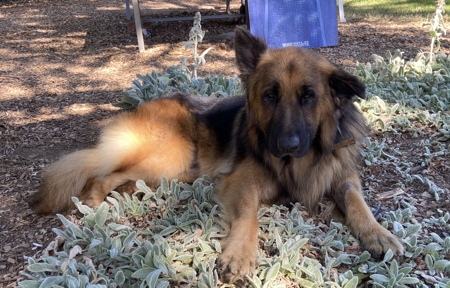 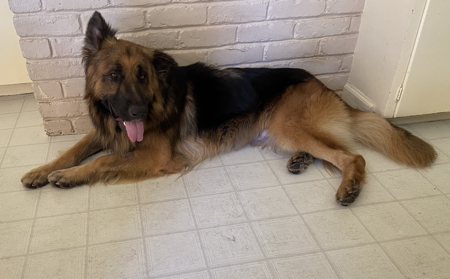 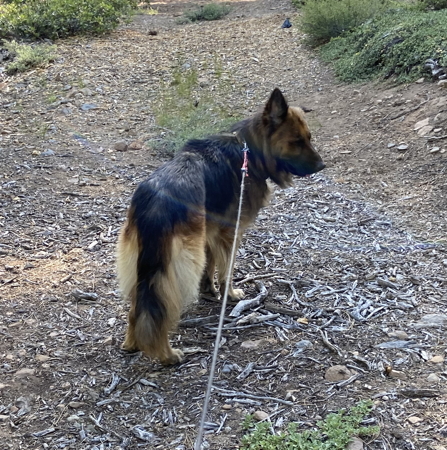